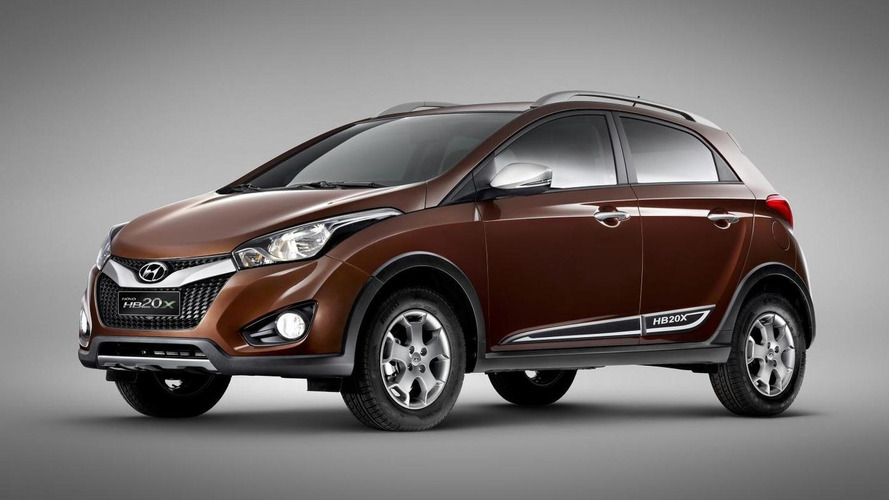 Hyundai Brazil has introduced the HB20X - a crossover version of the HB20 compact - at the 2012 Sao Paulo Motor Show.

After launching in September the HB20 compact, Hyundai Brazil has unveiled at the Sao Paulo Motor Show a crossover version that is scheduled to go on sale early 2013. It will be built at the firm’s recently opened factory in Piracicaba and as you can see from these official photos it features a more rugged appearance.

We notice the new design of the front bumper, a hexagonal grille that we’ve seen plenty of times on recent Hyundai SUVs; as well as redesigned fog lamps, along with chrome details and a black bezel for the headlights. Around the wheel arches and the rocker panels there are plastic mouldings, while the mirror caps have a silver finish. The HB20X rides on 15-inch dark gray alloys and has been fitted with silver roof bars.

It will be sold only with a front-wheel drive configuration and a 4-cylinder, 1.6-liter flex-fuel engine that produces 128 hp (95 kW), linked to either a manual or an automatic transmission.

A sedan variant of the Hyundai HB20 will be launched in 2013.

Additional details can be found in the following press release below.