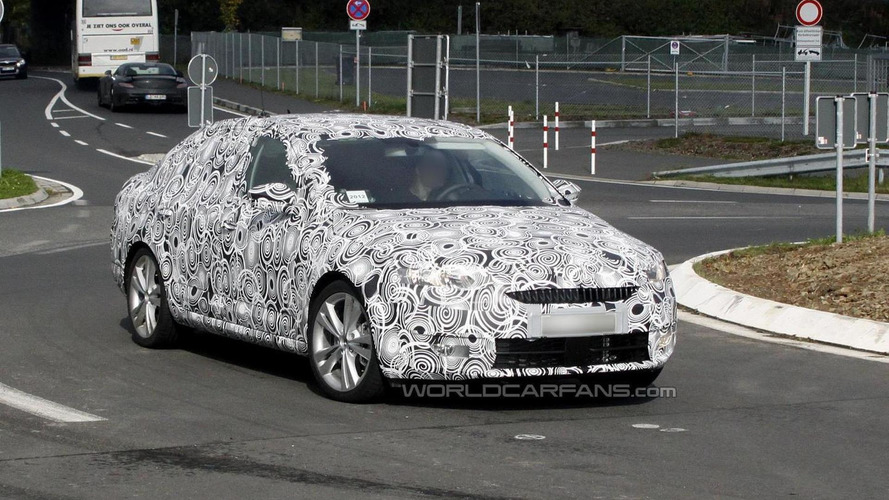 This spy video with the 2013 Skoda Octavia shows a camouflaged prototype doing some last-minute testing before next month's debut.

We already know that the third generation of the Skoda Octavia will be officially unveiled next month. This spy video shows a prototype while undergoing some last-minute testing before the car’s debut. It is based on the VW Group’s MQB platform so it’s safe to say that it will shed some weight compared to the outgoing model.

In addition, the 2013 Octavia will be bigger than the model it replaces and will be offered with a similar engine lineup as the Golf VII. A more potent vRS version is also under development and chances are that it will be powered by a 2.0-liter EA888 turbocharged gasoline unit.

The Czech automaker wants to promote the new Octavia as a more upmarket car since Skoda is not viewed by Volkswagen as a budget brand. Speaking of which, the German group wants to create a budget brand in the years to come. In other words, Volkswagen wants to make a Volkswagen.