This is the ultimate in transport – Soviet style.

The Trabant was a mainstay of roads in East Germany with the production of the 601 model totaling over 2.8 million vehicles in its 28 years of production. It was basic transportation, but the Trabant was the only choice of automobile for many folks in East Germany. Now, Vilner Garage gives this modest machine a modern twist, and the result of this customization is quite an eye-catching creation.

The customizer starts with one of the last Trabants to come from the Zwickau, Germany, factory. Instead of the more common 500cc air-cooled two-cylinder two-stroke engine, this one packs a 1.1-liter four-cylinder out of a first-gen Volkswagen Polo. It runs through a four-speed manual.

More Of Vilner's Creations That Mix Retro And Modern Touches: 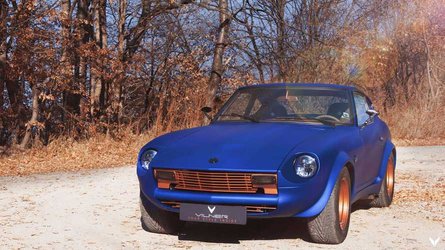 Would You Own This Vilner Restomod 1976 Datsun 280Z Fairlady Z? 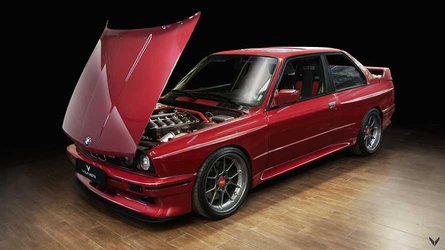 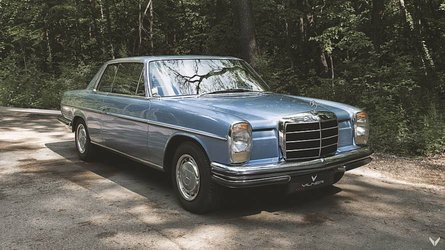 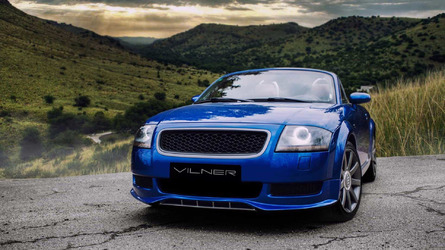 Vilner Garage retains the Trabant's classic look but gives the exterior a modern touch by adding LED headlights. There's also a weird textile effect on the roof, wheel centers, and 21 logos on the doors – it's the new owner's favorite number.

Get An Automotive Education On The Trabant: 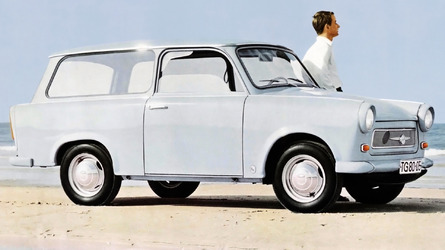 The company puts an even bigger emphasis on modifying the interior. The upholstery now features a mix of plaid fabric and double-lined leather, which makes it especially soft. The hides have an Ivory color that matches well with the eggshell shade in the textile pattern. For contrast, there's Charcoal Black leather on the dashboard with contrasting white stitching. A sporty Momo steering wheel replaces the original austere part. The headliner is the same plaid pattern as on the seats.

If Trabant was a brainchild of Ferdinand Porsche. Vilner Garage’s interpretation

“Everyone born before the 1990s can identify those lines immediately”, says Atanas Vilner. “The Trabant. It’s so much more than a cheap form of transport. It’s a symbol of an era of separation, which marked the present and the future of several generations”.

This car was often referred as the East Germany’s VW Beetle. And this one is one of the last ever to roll out of the production line. It looks like the 601, but the 2-stroke engine has been replaced with a 1.1-litre VW Polo MkI machine with 4-speed manual.

This ‘1.1’ looked like the ‘601’. Until Vilner Garage’s intervention. “We’ve created an interior like no other. The checkered theme is both retro and nostalgic, but the whole cabin has been reworked using the latest methods and materials,” says Vilner.

Inside. It’s all wrapped in textile and double leather. The latter is made from two layers with soft lining. This combination makes it more of a 3D and it’s pleasing on touch as it is for the eyes. The seats are covered in ‘Ivory Soft’ leather/checkered textile combo, but the headrests are left original. In front of the driver and passenger: the dash is also wrapped in leather/textile, but the former is ‘Charcoal Black‘.

Momo steering wheel inside. It’s also leather wrapped and stitched together by contrast strings. You can see a ‘21’ badge in the middle. “We’ve swapped all the ‘Sachsenring Karosseriemodule’ logos with owner’s favorite number,” Vilner explains. “You can find it on the B-pillars and on the doors outside, as well on the roof and the rims.” Inside the ceiling is all checkered textile as the gearlever cuff. The radio? It may look old school but it’s actually a modern unit.

Outside. Familiar look, but with modern accents. Like the LED headlights for example. They have a DRL function which can duplicate the turn signals. Every single panel has been refurbished and the roof is also painted with ‘21’ graphics. The same can be found on the doors and even on the ‘textile’ wheels.