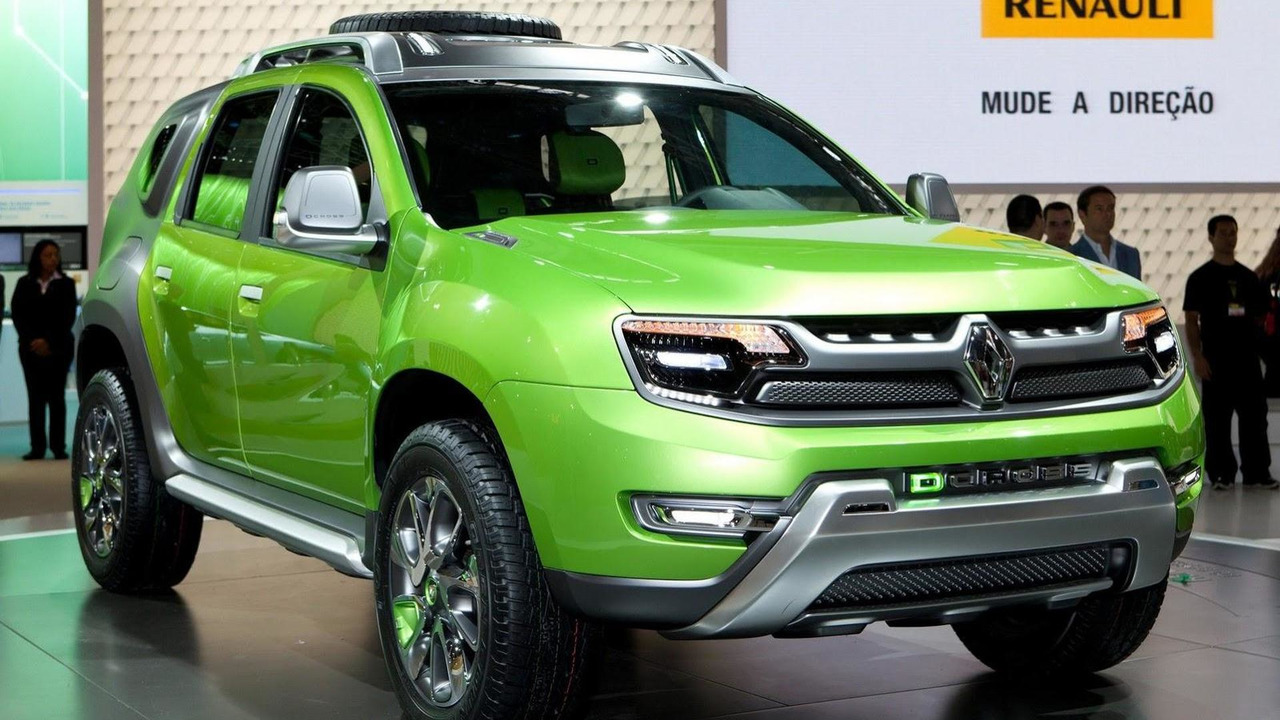 Renault has presented at the Sao Paulo Motor Show the Brazilian-designed DCross concept based on the Dacia Duster.

Brazil is Renault’s second largest market and they sell the Dacia models with the diamond logo, including the Duster SUV. The DCross concept we see in these photos is based on the Romanian SUV and it has been developed by Renault’s Brazilian design team who envisioned a more futuristic Duster.

The concept is wearing a two-tone green and matte black paint finish and comes with a redesigned front end and different taillights. We also notice the roof rails that are housing the spare wheel, the updated exterior mirrors and a beefier wheel-tire combo.

In related news, at Renault’s stand at the Sao Paulo Motor Show there’s also a facelift version of the second-gen Clio called Mercosur. The front and the back of the car are inspired from the fourth-gen model but the car is basically the same as the second generation that came out back in 1998.