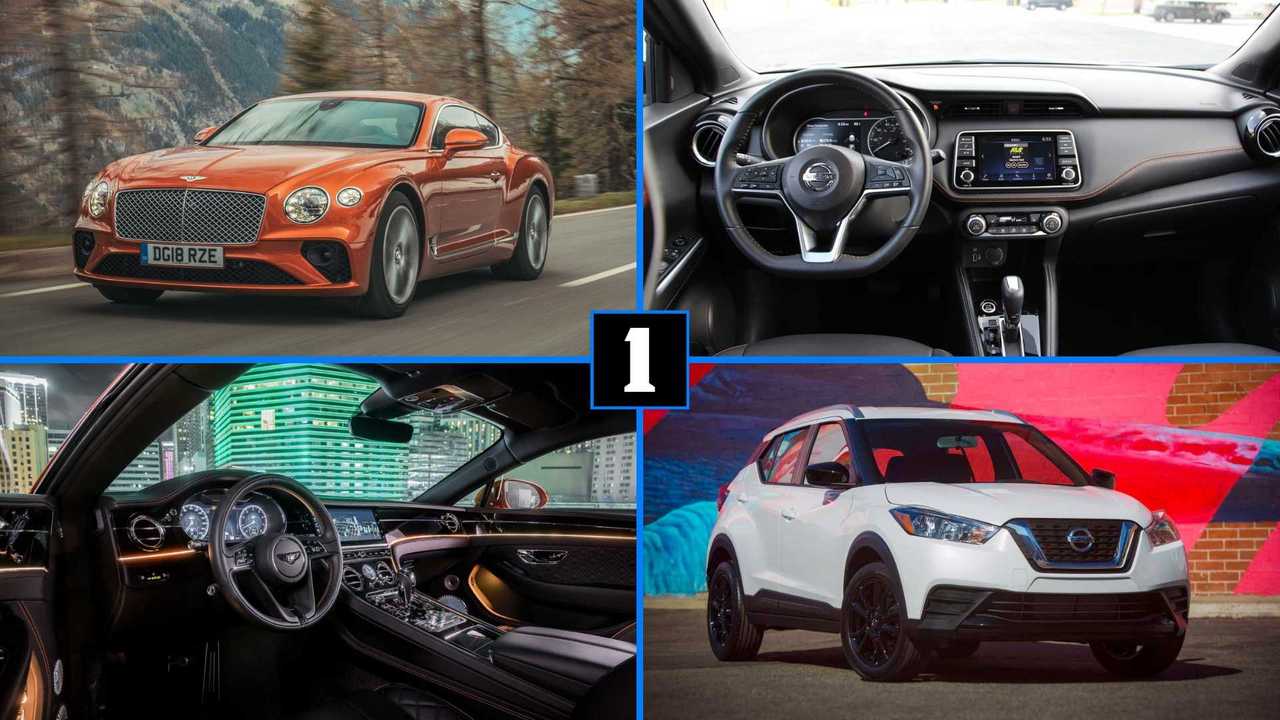 Wards Auto spends considerable time wrapped in the more technical and detail-oriented side of the automotive realm. The group recently published its list of 10 new cars with the best interiors, narrowing down the final tally from a group of 32 vehicles nominated for the category. To be considered for the honor, nominees needed either all-new or significantly updated greenhouses for the current model year in the United States. The Detroit-based group evaluated vehicles on everything from aesthetics to ergonomics, comfort, user-friendliness, and of course, fit-and-finish.

To no real surprise there are plenty of familiar luxury names on the list. That said, a few lower-end models made the cut, not to mention an inexpensive surprise in the form of the Nissan Kicks. With a $23,330 sticker price, it was the least expensive not just among the top-10 finishers, but of all the nominated cars. Wards liked the Kicks for its upscale appearance as well as the ergonomics.

The Bentley Continental GT was easily the most expensive car to be recognized at $276,730, and it should come as no surprise that it received an award. The only other six-figure vehicle on the list was the BMW M850i, after which the price drops all the way to $67,630 for the new Lincoln Nautilus. The Volvo V60 comes next at $54,690 followed by the Mercedes-Benz A220 at $51,935, but then comes another surprise in the form of the Jeep Gladiator. Granted it’s a higher-spec Rubicon with a $51,245 price, but Wards singled out the Gladiator for its ample interior storage which can also be locked.

The Genesis G70 and Hyundai Santa Fe made the cut as well, giving the South Korean team some well-earned points for interior quality. At $39,565, the new Toyota RAV4 also earned an award for its "adventurous" interior packed with features, leather trim, and lots of odd geometric angles.

You can see the interiors in our photo gallery above, ordered from most-to-least expensive. You can also view the list and see specific accolades from the Wards Auto team at the source link below.