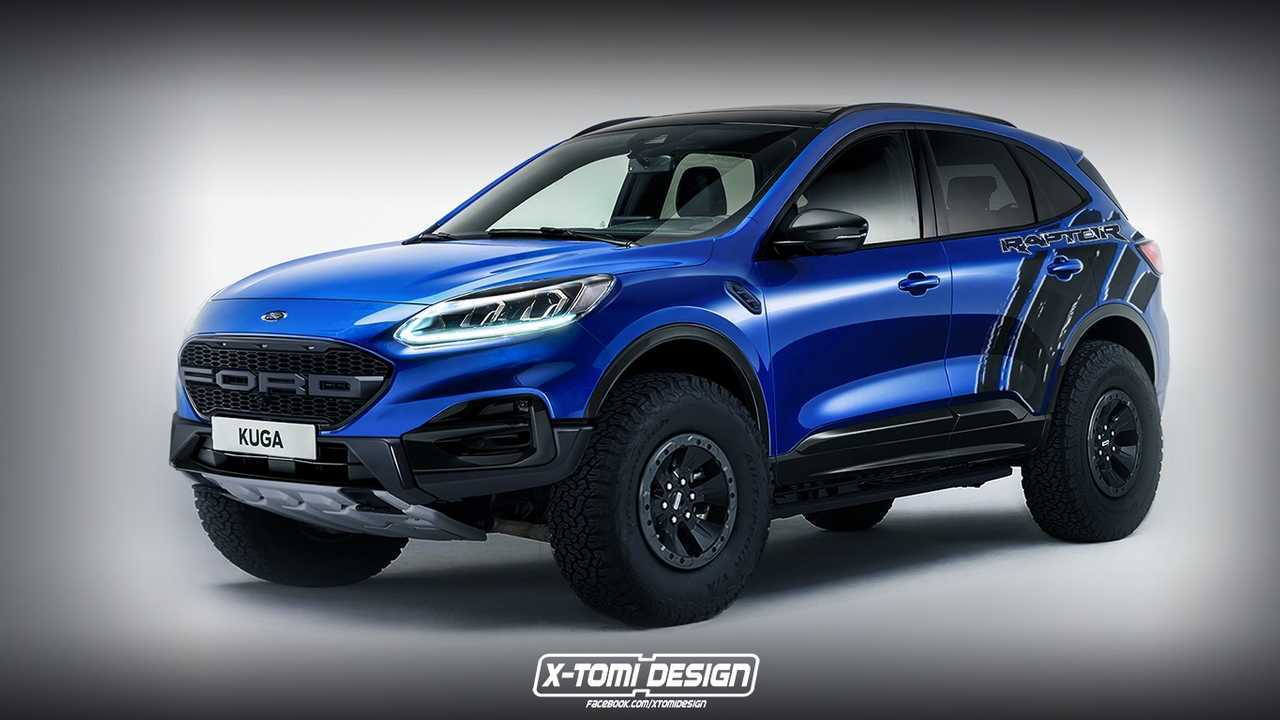 Raptor all the things.

Now that the 2020 Ford Escape (Kuga in other markets) is out and about, people are already imagining all sorts of interesting derivatives based on the compact crossover. Looking more car-like than ever before, the fourth generation has already been digitally imagined with an ST personality, but would it work as a Raptor? X-Tomi Design wanted to explore the idea of a rugged, high-performance variant and fired up Photoshop to create a hypothetical Escape Raptor.

Mind you, Ford has already announced an off-road version of the new Escape is on the agenda. Not only that, but the Blue Oval has said we’ll see it in about six months, complete with a boxier shape, an increased ground clearance, wider tracks, and a more upright windshield. Could this render see into the future of the Escape? The answer would have to be no, because the model Ford was talking about is expected to be the baby Bronco.

The New Escape Is Here:

Nevertheless, we can still dream about an Escape Raptor to join the F-150 Raptor and the Ranger Raptor likely coming to the United States sooner or later. With a lifted suspension, chunky off-road tires, and black plastic body cladding, it would follow in the footsteps of the not-for-America EcoSport Storm, an off-road-ready version of Ford’s subcompact crossover sold in Brazil.

Since nothing can stop us from dreaming, the Escape Raptor would get the turbocharged 2.3-liter EcoBoost engine from the new Focus ST. The forbidden fruit has 276 horsepower and 310 pound-feet (420 Newton-meters) of torque and is offered in Europe as a hatchback and wagon alongside a punchy 2.0-liter diesel producing 187 hp and 295 lb-ft (400 Nm). A diesel might make more sense thanks to the better low-rpm torque and would echo the Range Raptor as that one also is a diesel, packing a twin-turbo 2.0-liter pushing out 210 hp and 369 lb-ft (500 Nm).