The camouflage will come off in November.

Spied, rendered, and teased before, the 2 Series Gran Coupe will be BMW’s belated answer to the Mercedes CLA – now in its second generation – once it will be revealed in November. The premiere is scheduled to take place during the Los Angeles Auto Show, but you won’t be able to buy one until next spring. Despite the use of “coupe” in the model’s name, it will basically be a sedan version of the forthcoming 1 Series hatchback, much like the CLA is a stylish sedan take on the A-Class hatch.

Mercedes’ compact car lineup is a bit more complicated since it also contains an A-Class Sedan. Come to think of it, BMW also has a 1 Series Sedan and that won’t be replaced by the 2 Series Gran Coupe. Currently sold only in Mexico and China, the UKL-based, front-wheel-drive 1 Series Sedan is different than the 2 Series Gran Coupe spied here in the sense that the fancier version will ride on a new FAAR platform.

We’ll know more about the new sedan pretty soon as BMW is about to reveal the all-new 1er, complete with a hot M Performance version. Featuring the most powerful four-cylinder engine ever used by the company in a production car, the M135i hatchback has already been pretty much leaked and we know straight from the horse’s mouth it will offer 302 horsepower from a turbocharged 2.0-liter gasoline engine. We’re expecting an identical output from a future M Performance 2 Series Gran Coupe (M235i?) that will presumably sit on top of the range.

It goes without saying BMW will sell the posh sedan with xDrive for the pricier versions, and it is believed the U.S.-spec model will actually be offered exclusively with all-wheel drive and an eight-speed automatic transmission. A fully fledged M variant is not on agenda as the Bavarians have decided against developing M derivatives of FWD-based models.

We’re hoping more teasers will be published between now and November to ease the wait. The impending reveal of the next-generation 1 Series should give us a pretty good idea of what to expect from its sedan counterpart since we’re expecting the two to be very much alike in the same vein as the strong connection between the A-Class hatch and the CLA. 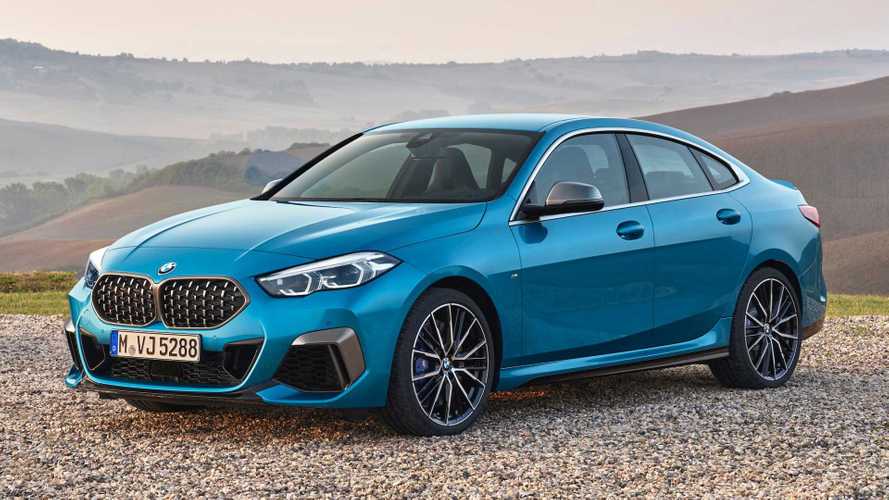