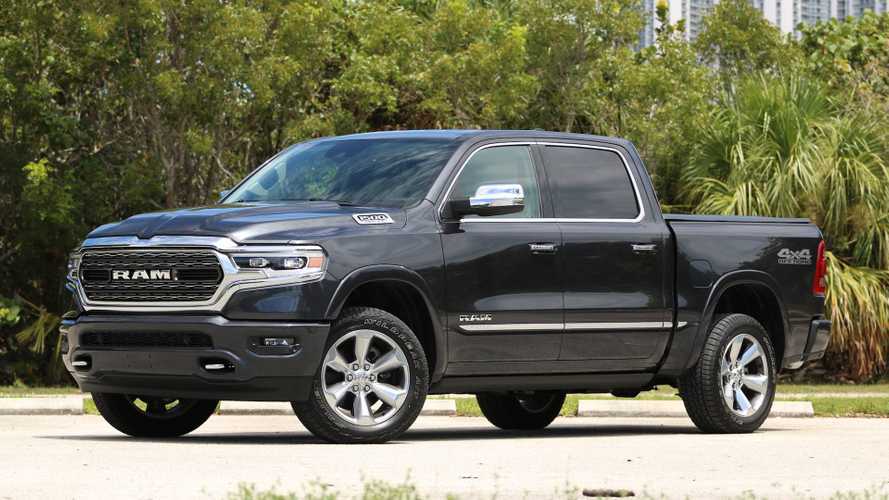 Ram outsold the Chevrolet Silverado in the first quarter of 2019, and GM doesn't like it.

For quite a long time, the pickup truck sales hierarchy in the United States had Ford at the top with the F-150, followed by the Chevrolet Silverado in second and the Ram 1500 in third. Last year, Ram sales crept into the number two spot for a couple of months, but 2018 ended with this familiar pecking order intact. 2019 is a different story, however, with the Ram 1500 beating the Silverado through the first three months.

Our Take On The Ram:

Apparently, General Motors isn’t happy about that and allegedly said as much to the Detroit Free Press. In a new report from the newspaper, GM spokesperson Jim Cain is quoted as saying Ram’s sales are equivalent “to a hollow chocolate Easter bunny because FCA has been pulling out all stops to win sales.” Those could be construed as some cutthroat words, but then again, the half-ton pickup market is a cutthroat segment.

To back up the words, GM claims in the report that Ram’s parent company Fiat Chrysler Automobiles is pushing Ram Classic sales hard, including paying an $8,500 bonus to dealerships for putting the trucks into courtesy transportation fleets. These count as retail sales, though technically the dealership is the buyer and after a while, the trucks are resold as used vehicles.

Our Take On The Silverado:

Meanwhile, stacked discounts for Ram Classic models are apparently reaching $18,000 in some markets, which can certainly drive sales. The report also points to short-term leases, something GM allegedly claims Ram is aggressively pushing in the Detroit area.

The question we suspect people are asking now is whether these accusations have some merit, or if GM is just trying to save face. It’s true that the Ram 1500 Classic is technically the old pickup truck still being offered alongside the redesigned model, but they still count as new sales. As for the dealership aspect, the report says those units accounted for roughly 1.4 percent of Ram sales.

The Battle Wages On:

FCA is apparently keeping an even keel in response to GM's words. In a statement to Motor1.com, a spokesperson for the company steered clear of specifics and said:

"FCA is committed to providing competitive products at competitive prices in the marketplace. Our incentives constantly change and vehicle prices can vary by dealership."

At the end of the day, Ram reports 120,026 units delivered for the first quarter of 2019, while Chevrolet reports 114,313 sales. It will be interesting to see what Chevrolet has in store for the second quarter of the year.