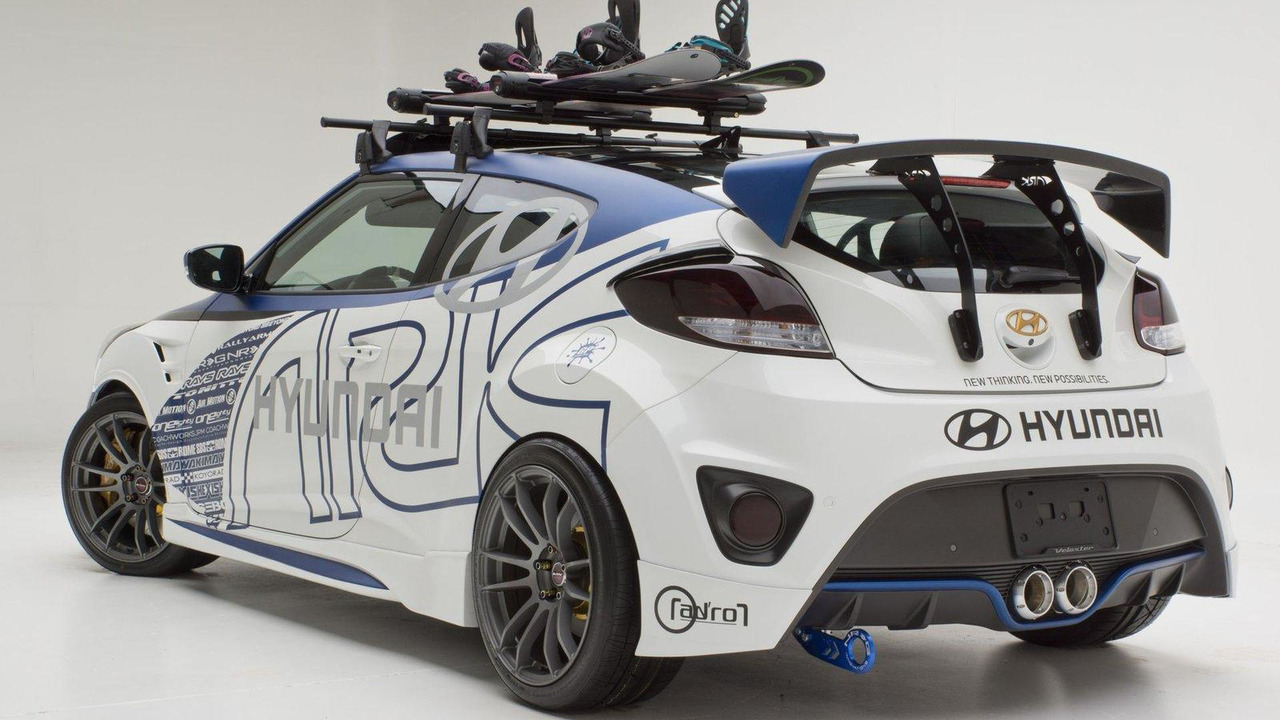 ARK Performance and Hyundai have collaborated for this Veloster Alpine Concept that will be presented at SEMA.

The Velocity won’t be the only custom Hyundai Veloster to be showcased this year at SEMA as ARK Performance has developed this Alpine Concept which brings several modifications to the direct-injected 1.6-liter engine.

Some of the changes include a new exhaust system, ARK oil cooler, a Nitrous Express Proton Kit, K&N intake system and BTRcc custom engine bay parts and tuning. Thanks to these modifications, the engine is now capable of developing 232 hp (173 kW) at 5,500 rpm and a peak torque of 240 lb-ft (325 Nm) reached at 1,700 rpm.

As you can see there are also some styling changes to match the power boost, such as the new ARK / Adro body kit that includes redesigned bumpers, rear wing, fenders and side skirts. There’s also a new rally wing, 180 Customs headlights and taillights and that custom pearl white paint created by Beyond Coachworks. Other than that, HEXIS was in charge of the custom soft-touch interior materials, while NRG provided the front and rear tow hooks, oil catch tank, fuel pressure tank and the washer mods.

For a full list of modifications, check out the press release below.