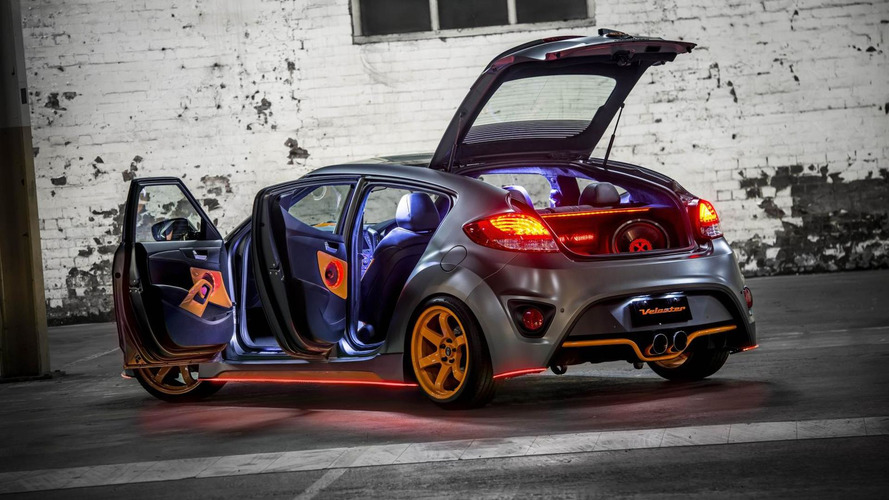 Hyundai Australia revealed at the 2012 AIMS in Sydney a custom Veloster known as the Street Concept that features various tweaks both inside and out.

Hyundai has introduced at the 2012 AIMS this Veloster Street Concept which is being showcased along with the Race Concept that previews the company’s upcoming rally intentions. This Street version is based on the Veloster SR and comes with a matt grey paint as well as other exterior accents such as the fluoro orange on the front spoiler, side skirts and rear diffuser. We also notice the illuminated front, rear side and rear splitters and the twin turbo exhausts.

There’s more to this concept than these visual tweaks as the Veloster Street Concept also comes with some engine modifications, including a Concord Customs custom aluminum front-mounted intercooler and a stainless steel air intake system. Other than that, it has a NGM Beta-Max coil over suspension, top front strut bar and a Monza stainless steel air filter.

Inside the cabin we find Scottish black and orange leather upholstery with orange highlights, a SounDesign sound system, illuminated scuff plates and additional LED lightning. The interior has Alcantara-trimmed A, B and C pillars, as well as roof lining with matching boot lid pieces.

Full details of this custom Veloster are found in the press release below.