VW SUV Coupe Concept Wants To Be Both 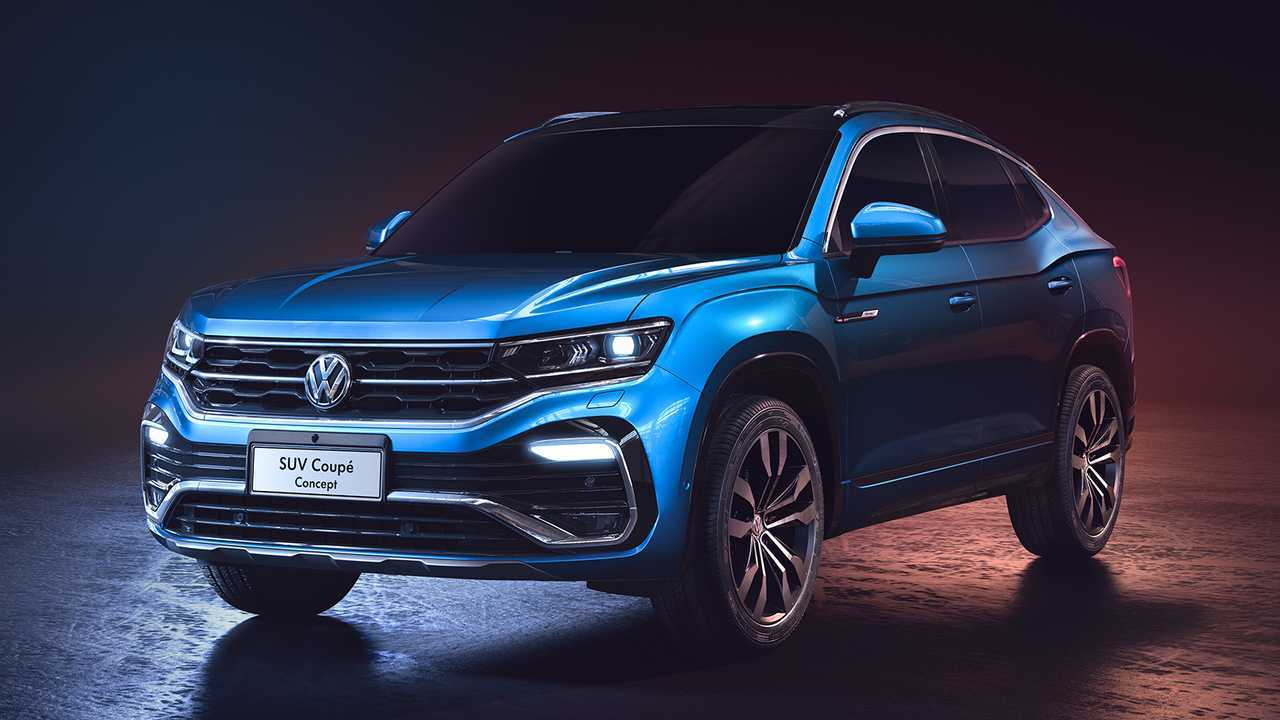 It's still a concept but will eventually morph into a production model for China.

Volkswagen has a bunch of new models for China that it is previewing at the 2019 Auto Shanghai. These include the Teramont X production five-seat SUV, the SMV seven-seat concept, and the I.D. Roomzz electric study. There’s one more interesting proposal and it’s this one – the SUV Coupe Concept.

While the name is definitely not the most creative thing we’ve seen from the German automaker, the vehicle looks nice combining an athletic overall appearance with concept design features such as the double-C shaped chrome strip in the front bumper. In fact, Volkswagen says the coupe-SUV is still a prototype but it appears to be almost ready for production.

The SUV Coupe Concept is the FAW-Volkswagen joint venture’s first entry into the booming coupe-SUV segment. It’s also basically a more stylish version of the Tayron (a China-only SUV) with a sloped roofline. The said compact SUV is based on the modular transverse platform of the company and was designed for China’s middle- to upper-class SUV market.

“By 2020, we will double our SUV family from six to at least 12 SUV model series,” Stephan Wöllenstein, CEO of Volkswagen for China, commented. “In each of our joint ventures – FAW Volkswagen and SAIC Volkswagen – we will offer a complete palette of SUV models for every taste, from compact to extra roomy, highly stylish to highly functional, from powerful design to premium equipment.”

VW Teramont X Is A Coupe-SUV Only For China, At Least For Now

As for now, Volkswagen is not revealing details about its plans to put the model into production. Given its almost production-ready design, however, we expect to see it released on the Chinese market in the months before the end of the year or early next year.