Are these customer examples for final calibration at the Nurburgring before delivery?

This past weekend, we had the chance to see the Porsche 718 Cayman GT4 testing around the Nurburgring – and it was a promising sight making us eager to see the vehicle making its debut later this year, possibly at the Goodwood Festival of Speed. Today we can share another video with a very similar car – this time around, however, it’s the track-only Clubsport version.

Yes, this is the same car that was already released in the first days of 2019 but, apparently, Porsche is not ready with all the evaluations and fine-tuning. In fact, this spy video by Carspotter Jeroen on YouTube shows several prototypes and all of them are wearing a light camouflage or – more precisely – some protective covering.

All You Need To Know About The GT4: 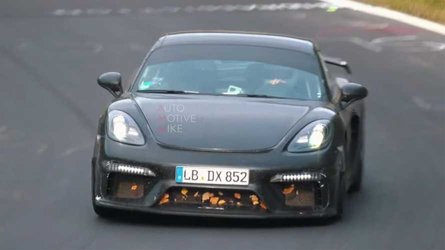 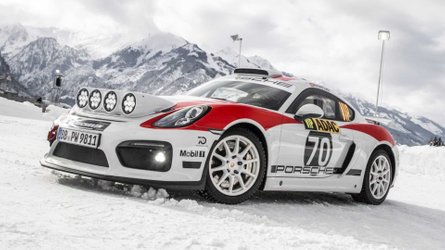 Porsche's Rally Car To Be Based On 718 Cayman GT4 Clubsport

The fact that these are not heavily disguised examples of the model makes us believe that Porsche is most likely calibrating each unit on track before its delivery. That makes sense since the 718 Cayman GT4 Clubsport is designed and built especially for track use and a few miles around the Green Hell won’t hurt. Of course, Porsche might also be working on its race car that will be based on GT4 Clubsport.

The video provides a good chance to hear the 3.8-liter flat-six engine at low revs and how it works in tandem with the six-speed dual-clutch gearbox. Just as a reminder, the motor produces 420 horsepower (313 kilowatts) and 314 pound-feet (425 Newton-meters) which are channeled to the rear wheels through the said transmission and a mechanically locking rear differential.

Porsche offers its customers two separate 718 Cayman GT4 Clubsport models – Trackday and Competition. The first is a more civilized (sort-of) variant with anti-lock brakes, electronic stability control, and traction control, as well as air conditioning. The Competition is for the more experienced folks and comes with more race-ready parts such as three-stage adjustable shocks and front-rear adjustable brake bias. There’s also a removable steering wheel that comes right out of the 911 GT3 R.