Last Chevy Corvette C7 To Be Auctioned For A Good Cause 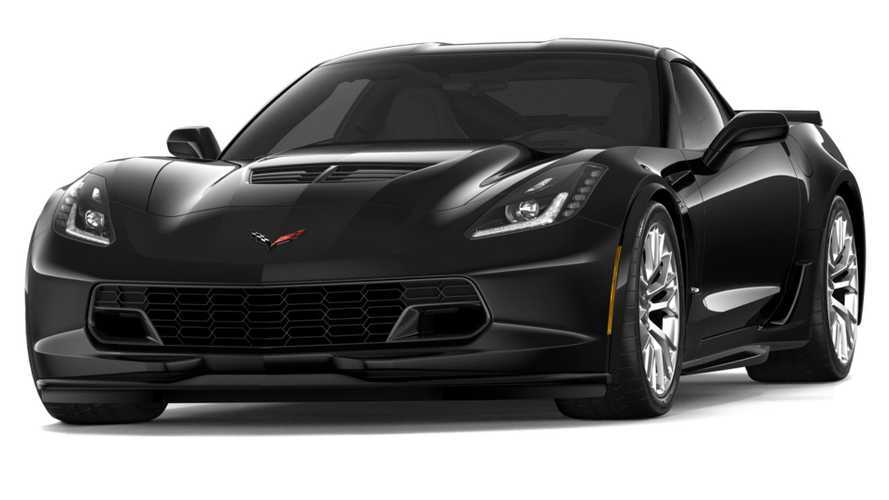 The very last C7 Corvette is a black Z06.

The final seventh-generation Corvette, a black Z06, will go up for auction at the Barrett-Jackson Northeast Sale in Connecticut on June 28, and all of the proceeds will benefit the Stephen Siller Tunnel to Towers Foundation. The charity builds mortgage-free homes for catastrophically injured service members and helps pay off mortgages for families of first responders who die in the line of duty.

This Is The Actual Car:

"The sale of this iconic Corvette will help the foundation continue its good work, and pave the way for the Next Generation Corvette that we will introduce on July 18," General Motors CEO Mary Barra said when announcing the charity auction. The news came at the same time as officially admitting the C8 mid-engined Corvette is on the way.

Earlier rumors suggested the C7 Corvette could have remained in production until as late as August 2019. Motor1.com reached out to Chevy for clarification. "Thanks for reaching out," company spokesperson Kevin M. Kelly said. "We’re not providing details on production timing at this point."  Auctioning the last one in June suggests that C7 assembly is ending sooner, though.

What do you think the last C7 'Vette is worth? Let us know in the comments.

The images above are the first official look at the mid-engined Corvette. The uncamouflaged reveal comes on July 18, but we don't yet know when production begins. Rumors put the timing sometime between September and December 2019. The coupe should arrive in showrooms several weeks after the start of assembly.

At launch, expect the mid-engined Corvette to use a naturally aspirated 6.2-liter V8 making about 460 horsepower (343 kilowatts) and running through an eight-speed dual-clutch gearbox to the rear wheels. Later rumors suggest more powerful twin-turbo V8 variants should join the range and maybe even a hybrid.

General Motors will auction the final production seventh-generation Chevrolet Corvette this summer, with the proceeds benefiting the Stephen Siller Tunnel to Towers Foundation.

The announcement, along with confirmation of the Next Generation Corvette’s development, was made this evening by General Motors Chairman and CEO Mary Barra, who was honored at the foundation’s annual Footsteps to the Future Gala in New York.

“GM, GMC and Chevrolet support the Stephen Siller Tunnel to Towers Foundation and its commitment to injured and fallen military members, first responders and their families,” said Barra. “The sale of this iconic Corvette will help the foundation continue its good work, and pave the way for the Next Generation Corvette that we will introduce on July 18.”

The final seventh gen Corvette — a black 2019 Z06 model — will be auctioned at the Barrett-Jackson Northeast sale in Connecticut June 28. Registration information is available at www.barrett-jackson.com.

Every dollar of the winning bid will go to the Stephen Siller Tunnel to Towers Foundation, named for New York City firefighter Stephen Siller, who died during the Sept. 11 attacks.

The foundation builds mortgage-free, accessible smart homes for the most catastrophically injured service members and helps pay off the mortgages for families of first responders killed in the line of duty. More information is available at www.tunnel2towers.org.

“The Stephen Siller Tunnel to Towers Foundation thanks GM, GMC and Chevrolet for  supporting the brave men and women of our armed forces and our first responders,” said Frank Siller, chairman and CEO. “This generous gift will help us provide more injured veterans with the independence they deserve.”

For the past five years, GMC has supported the Stephen Siller Tunnel to Towers Foundation as its national foundation of choice. In that time, it has helped the foundation raise more than $10 million. That includes $2.2 million raised last year, with $925,000 of it coming from the auction of the first production 2019 Corvette ZR1. It was purchased by Chevrolet dealer and NASCAR team owner Rick Hendrick at the 2018 Barrett-Jackson Scottsdale sale.

Other money has come from employee donations and events across the country such as 5K Tunnel to Towers races and other activities sponsored by GMC dealers.

GM is committed to helping those who have given so much for their country. GM’s current and retired workforce includes 60,000 veterans.

To obtain the latest information on the Next Generation Corvette, visit the official website linked here.

General Motors (NYSE:GM) is committed to delivering safer, better and more sustainable ways for people to get around. General Motors, its subsidiaries and its joint venture entities sell vehicles under the Cadillac, Chevrolet, Baojun, Buick, GMC, Holden, Jiefang and Wuling brands. More information on the company and its subsidiaries, including OnStar, a global leader in vehicle safety and security services, Maven, its personal mobility brand, and Cruise, its autonomous vehicle ride-sharing company, can be found at http://www.gm.com.