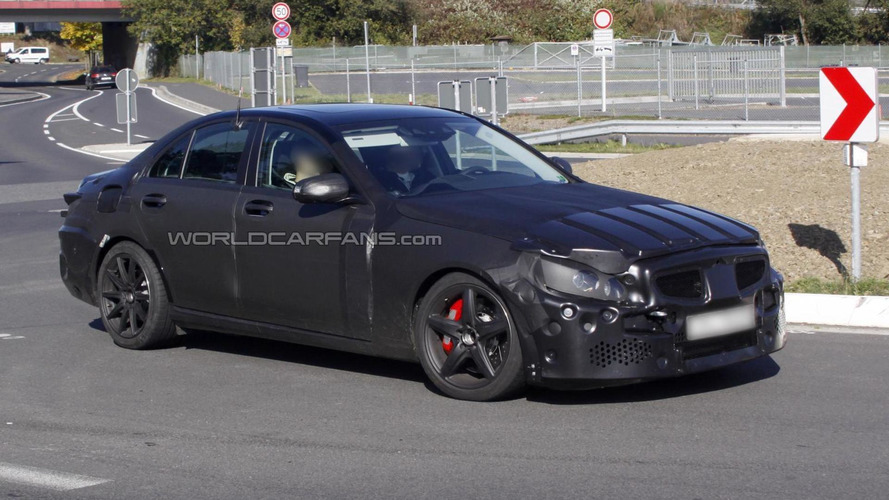 The next generation of the Mercedes-Benz C55 AMG will most likely get a twin-turbo V8 5.5-liter engine with 525 hp.

These are the first spy photos of the next-generation C55 AMG that will be based on the all-new C-Class scheduled to make its debut in about a year. The high-end version will ditch the current naturally-aspirated 6.3-liter V8 engine in favor of a twin-turbo V8 5.5-liter.

This M157 power unit displaces 5461cc with a bore of 98mm and stroke of 90.5mm. This engine is available in four different states of tune and chances are that in the upcoming C55 AMG it will output somewhere around 525 hp (391 kW). Various sources are indicating that the German carmaker will drop the “63” moniker in favor of the “55” name.

Even though the car in these spy photos is an early prototype, we already can see the 2014 C55 AMG will feature wider bumpers, larger air intakes, bigger wheel arches and a new set of AMG rims.