Toyota RAV4 Modellista, TRD Look Great On And Off Road 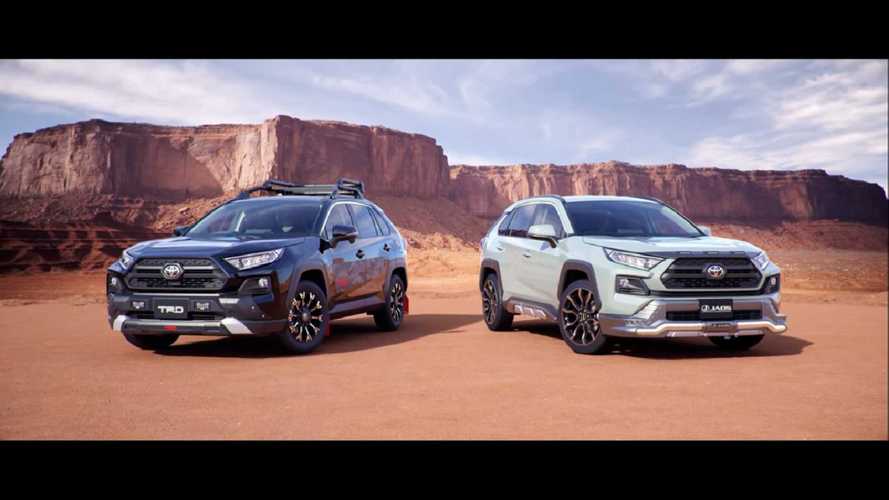 Remaining true to what they promised in a tweet earlier this year, Toyota has been slowly releasing performance versions of nearly every car they make. First, we saw TRD's interpretation of a high-performance Prius, a super-aerodynamic hypermile machine. Now, it's the RAV4's turn, with four different models focused on street styling and soft-roading.

The TRD variants, known as the Street Monster and Field Monster, appear to offer mostly visual upgrades that allow owners to personalize crossovers that would otherwise blend into the urban landscape. The Street Monster's main focus is the bodywork, which gives the RAV4 something of a luxury look, coming off a bit like a small Lexus crossover.

Read Up On The RAV4:

The Field Monster gives the RAV4 an aggressive, off-road ready look that we wouldn't be ashamed of having in our driveway. The new body panels give the once mild-mannered RAV4 an appearance that makes it look almost like a miniature version of the TRD Pro 4Runner. Alright, maybe not, but it does look pretty cool.

We're also noticing that both models come with special TRD mufflers, which likely won't have much of an impact on performance, but will subtly alter the sound. That covers two of the models; what about the other pair?

Toyota Modellista, another division focused on body enhancements rather than overall performance, offers a pair of RAV4s as well. Their on-road body kit looks a bit more subdued than the TRD version, and, if anything, is even more Lexus-like. However, their off-road kit, dubbed JAOS, is even more extreme than its TRD cousin.

Our favorite feature of the JAOS is the front end protector, which sits at the top edge of the front bumper. It combines the functions of the leather nose masks and brush guards that were popular car accessories back in the '90s. In addition to protecting the paint, the front end protector also features three integrated LED fog lamps. Clever.

It's highly unlikely that either the TRD or Modellista RAV4s will make their way over to the US. However, there's a distant possibility that you might be able to order some of the parts separately through your local dealership's parts counter.