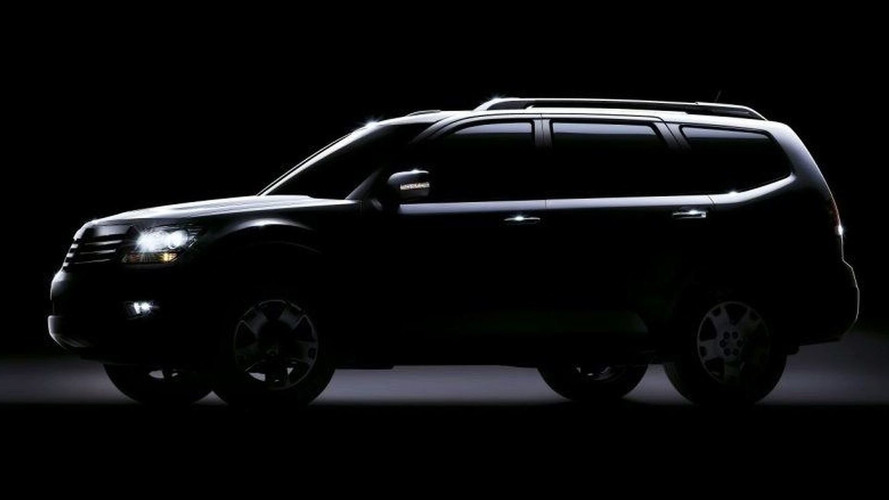 Premiering at January's Detroit Show, the new model, presently only going by its codename 'HM', has been significantly toned down from the concept car counterpart it is based on.

Korean car manufacturer Kia have released a teaser shot of their upcoming SUV model for the States, capable of seating seven and based on the bold Detroit Show concept car of 2005, the KCD II Mesa. Premiering at January's North American International Automobile Show in Detroit, the new model, presently only going by its codename 'HM', has been significantly toned down from the concept car counterpart it is based on.

The 'HM' is without a doubt a blander version of the Mesa, although the production version does however inherit several design features of its conceptual predecessor. Similarly-stylised headlamps and highly-flared wheel arches appear to remain in this teaser shot, although a conventional rear pillar and windscreen arrangement have been favoured over the concept car's raked rear pillar and wrap-around rear screen. (See both photos for a peek of the Mesa.)

With recent showings from Kia putting fresh new designs out into the European new car arena, it would seem that the American market continues to warrant manufacturers producing cars of little impact. Stay with us for further shots of Kia's new SUV and official information prior to its Detroit debut.