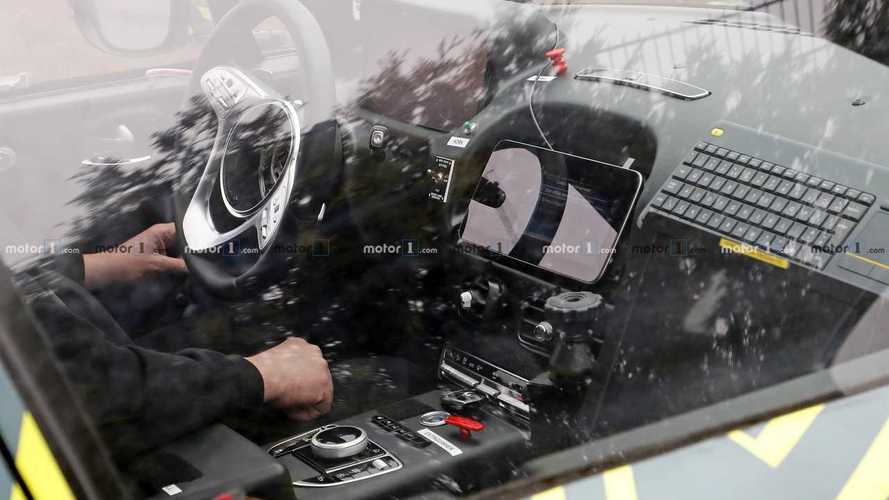 And the photos show tons of Mercedes-sourced components.

Aston Martin is at the Nurburgring to test and calibrate its first-ever high-riding model. The DBX is currently undergoing high-speed evaluations at the Green Hell and our spies managed to snap a prototype stretching its legs around the 12.9-mile (20.8-kilometer) track. More interestingly, these new spy photos also bring us the first look at the interior of the luxury SUV.

While everything on the outside looks unchanged compared to the previous prototypes we’ve seen, including the false taillights, the cabin seems to be in relatively early stages of development, at least judging by the unfinished design of the center console. There’s a large screen there, which appears to be featuring menus from Mercedes-Benz’ MBUX infotainment system – but we can’t completely confirm that at the moment.

Some of the buttons around the gear shifter also look familiar, including the large rotary selector connected to the said infotainment system. Interestingly, the buttons for the electric seats are located on the outer side of the center console and, again, seem to be coming from Mercedes. In fact, if you take a closer look at the key fob sitting on the console, you’ll be able to spot a three-pointed star logo.

The situation is similar with the steering wheel, which has buttons we’ve seen in products of the German automaker. The center section is missing and there’s a weird green button right of the instrument cluster that is used for the horn. Obviously, this is an early prototype so it’s natural to see switches on odd places.

Seeing all these interior components coming from Mercedes is not really a big surprise. The DBX will use an electrical system sourced from the German manufacturer and at least one of the powertrain options will be delivered by Mercedes-AMG. Also, Mercedes will supply the hybrid technology for Aston Martin and, as these first cabin photos confirm, a lot of other components.