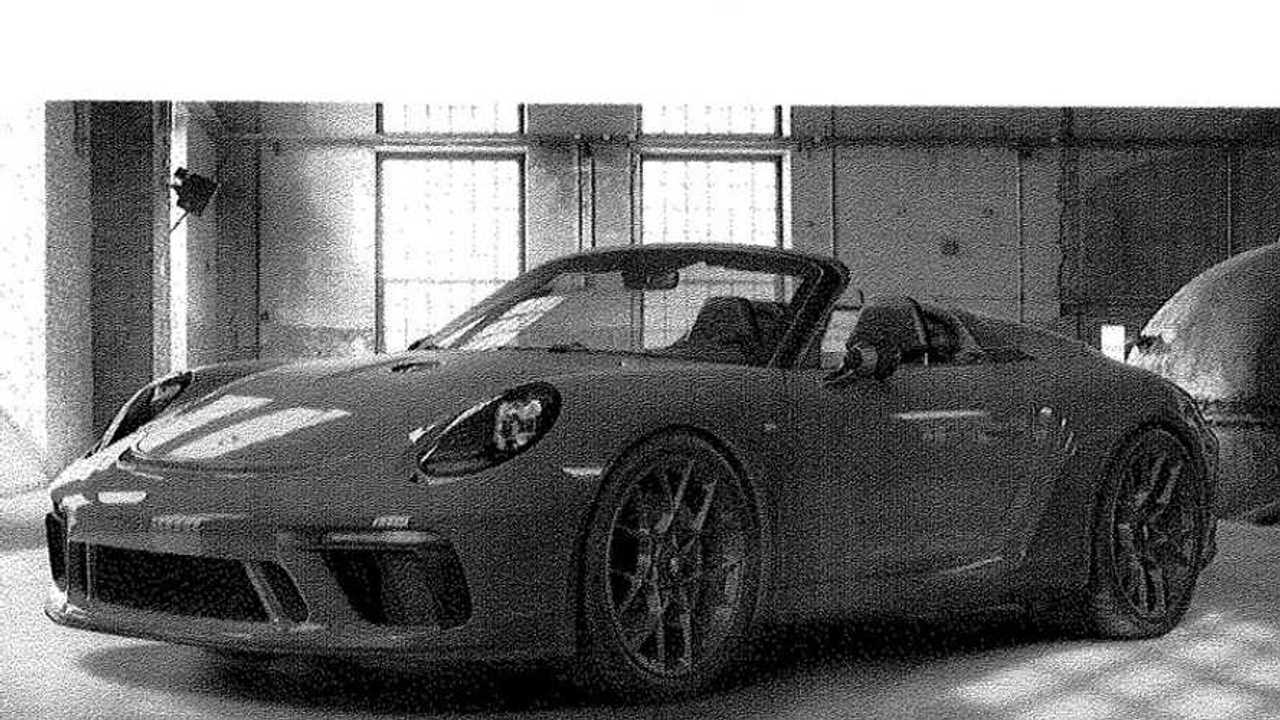 It will make its debut next week in New York.

The iconic Porsche Speedster is making a comeback. When doors open to the New York Auto Show next week, Porsche's iconic droptop should take center stage (assuming reports are correct), complete with a new platform and fresh styling, courtesy of the current 911 platform. But even before the Speedster takes New York, a grainy new photo shows what appears to be the vehicle in full.

How The Speedster Drives:

An anonymous tipster sent Carbuzz this shadowy brochure of what looks the new 911 Speedster, shot in a studio that Porsche Exclusive uses quite regularly for promo shoots. The 2020 911 Coupe and Cabriolet, as well as the Panamera GTS and Macan S each have photoshoots from that same studio.

The invite itself, sent to a few exclusive customers, is for a charity cocktail party on April 18th in New York. In it, Porche promises "the unveiling of the new 911 Speedster." Other details on the event or the debut are scarce, but we do know a lot about the upcoming 911 Speedster thus far.

We've seen the new 911 Speedster pretty much uncovered in multiple spy photos. The latest set (complete with an unhappy driver) shows the 911 Speedster with very little camouflage; only a bit of black cladding covers its backside and front fascia. Otherwise, the photos show the 911's sleek, speedster shape in full.

The Speedster, as a member of Porsche's high-performance GT division, should have a powerful engine underhood. The concept used the same 4.0-liter, 494-horsepower (368-kilowatt) flat-six from the GT3, but there's no confirmation it will carry over to the production model. We're hoping it does.

Following its debut in New York, the 911 Speedster should go on sale later in the year. No word on pricing yet, but Porsche could limit production to just 1,948 examples, celebrating Porsche's 70th-anniversary last year.