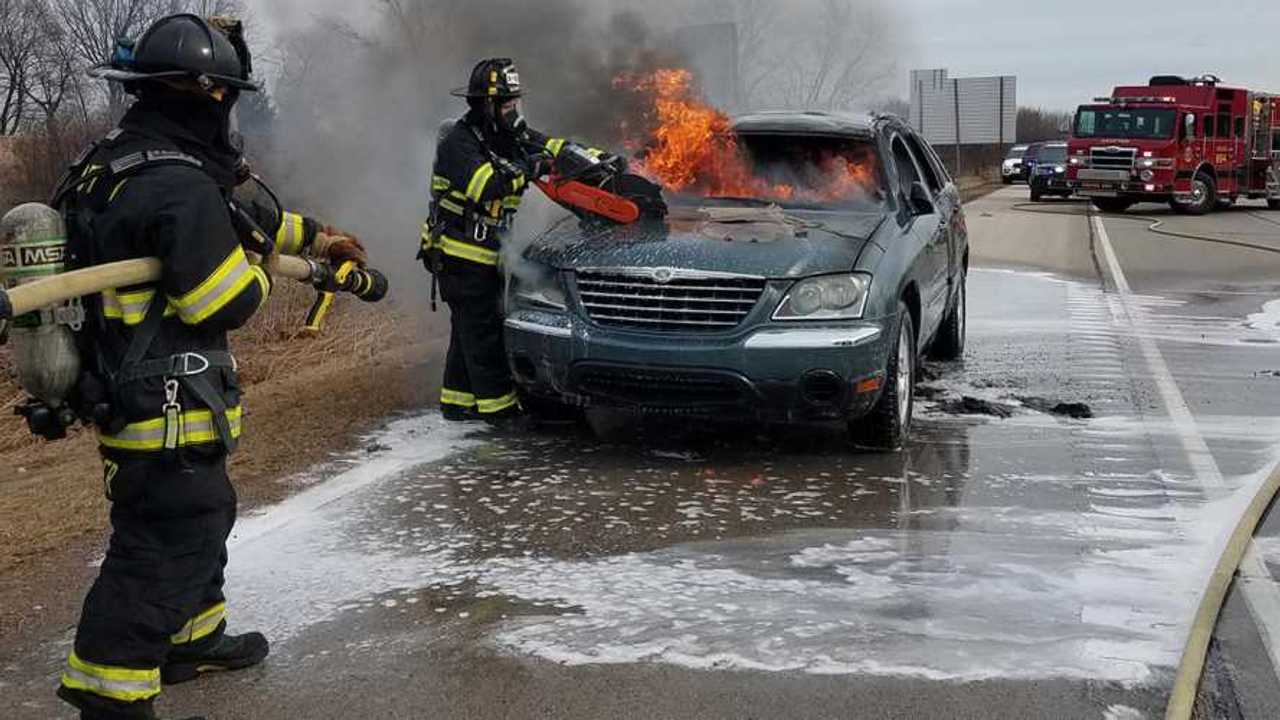 Now, she wants her money back.

A woman from Wisconsin had a horrible day when her 2006 Chrysler Pacifica caught on fire, just 22 minutes after she purchased the used crossover. Photos from the Grafton, WI, fire department show the extreme extent of the damage to the vehicle. The buyer is now attempting to have the dealer refund the Chrysler's $2,900 price.

Should the dealer pay back the purchase price if something goes wrong so quickly after leaving the lot? Have your say in the comments, below.

Nicole Brandt bought the Pacifica from Big Bill's Used Cars. She said that she had been saving up to buy a car for two years. Less than half an hour later, the newly purchased Chrysler began smoking. "Something from underneath the engine. It was just melting," Brandt told WITI Fox 6 News in Milwaukee (watch the video, below).

Big Bill's Used Cars allegedly agreed to give the money back to Brandt. However, she has had problems actually getting the funds. Brandt's bank reportedly told her that it hasn't yet been notified of the transaction, despite her having a receipt for it. She didn't have insurance on the vehicle, so there would be no way to recoup any of the money that way, either.

The fire department and law enforcement don't know the cause of the fire, and they don't expect to find out, according to the local news. After the blaze, this leaves Brandt without a Chrysler Pacifica and potentially $2,900 poorer after saving for years.

Jaguar I-Pace Looks Toasty After Fire Of Unknown Cause