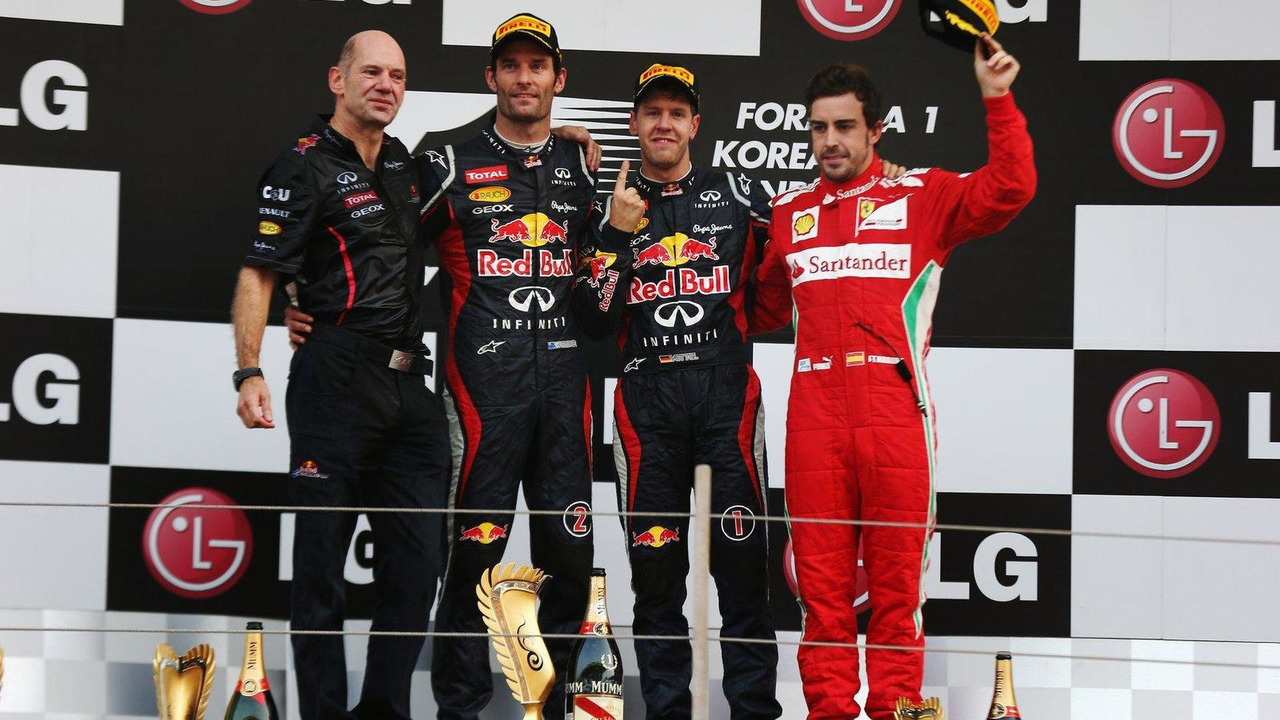 Red Bull's German, who finished 8 seconds ahead of his teammate and pole sitter Mark Webber, is now 6 points ahead of Spaniard Alonso with just four races still to run.

Given the new dominance of the RB8 car - whose designer Adrian Newey collected the constructors' trophy on Sunday's podium - Vettel must now be considered the favourite to secure a third consecutive drivers' title next month.

"At the moment Red Bull are difficult to beat," Alonso, who finished third ahead of his resurgent teammate Felipe Massa, admitted to podium interviewer Johnny Herbert.

Vettel said: "I'm looking forward to the next couple of races."