Hellcat Engine Fits In Jeep Wrangler And Gladiator, But... 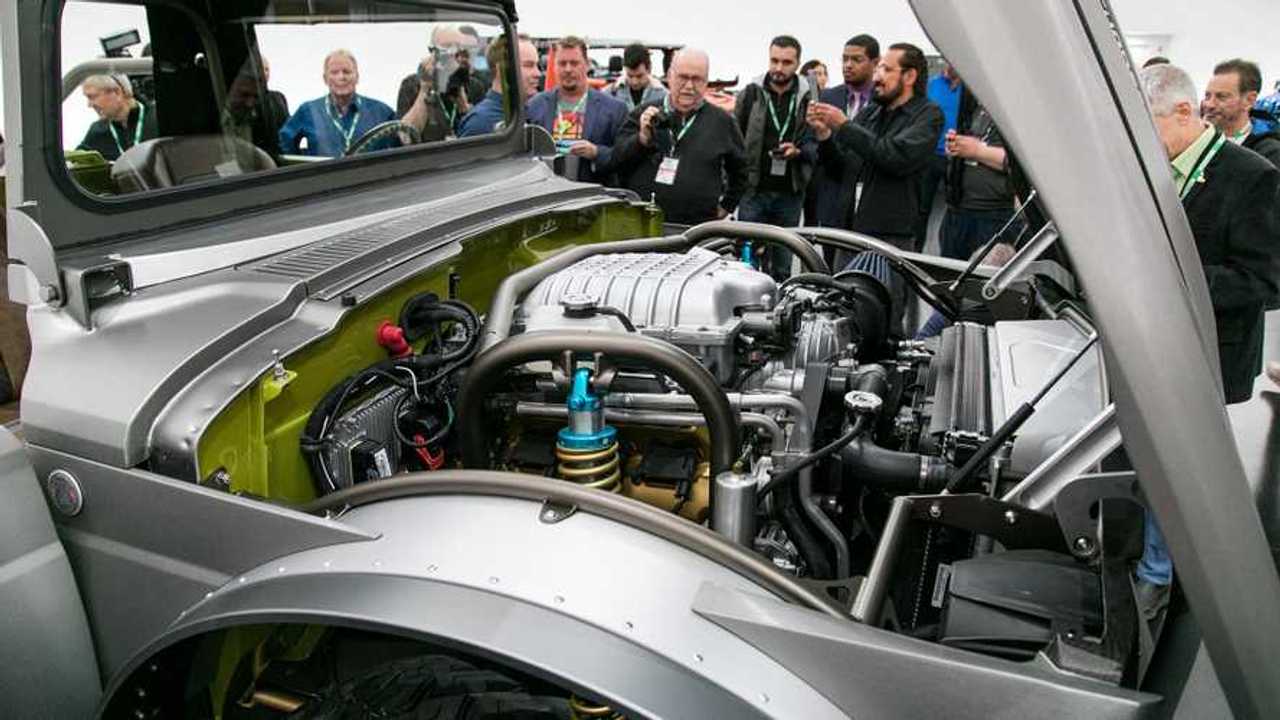 Chances of a two-door Gladiator aren't very good either.

Among the latest crop of Jeep Easter Safari concepts, the Gladiator M-715 Five Quarter (gallery below) was potentially the coolest because it looked like 1960s military pickup and packed a Hellcat crate engine under the hood. North American Jeep boss Tim Kuniskis put an immediate stop to any hopes of getting this 6.2-liter supercharged V8 into a production model, though.

"It fits like a glove," Kuniskis told Australia's Drive. "But the problem is that it fits like a glove and there is no air space around the engine and the whole external space of the vehicle so you have no crush space; you have nothing that can be used to absorb energy in a crash." Kuniskis doesn't see a way to make a Hellcat-powered Gladiator or Wrangler crashworthy to modern standards. Occupant safety in an accident isn't an issue for a one-off like the M-715 Five Quarter concept, though.

Kuniskis also pushed back at the chance of a regular cab, two-door Gladiator like the J6 concept (gallery above) from this year's Jeep Safari models.

"And if you look at the segment and displace it down to the two-door versions, the segment is tiny… so how do you make a business case out of that," he told Drive. Kuniskis didn't completely close the door on the idea, though. He admits the two-door Wrangler performs well enough and posits that there might possibly be a niche for the two-door Gladiator. He seems far from ready to give the idea a green light for production, though.

The J6 and M-715 Five Quarter were the two most extreme takes on the Gladiator among this year's concepts. The Scrambler, Flatbill, and Wayout looked more production ready by loading the pickup with a variety of aftermarket suspension components and body parts for performing better off-road. While Jeep won't install most of these pieces on the Gladiator from the factory, customers will be able to order some of the accessories from Mopar.