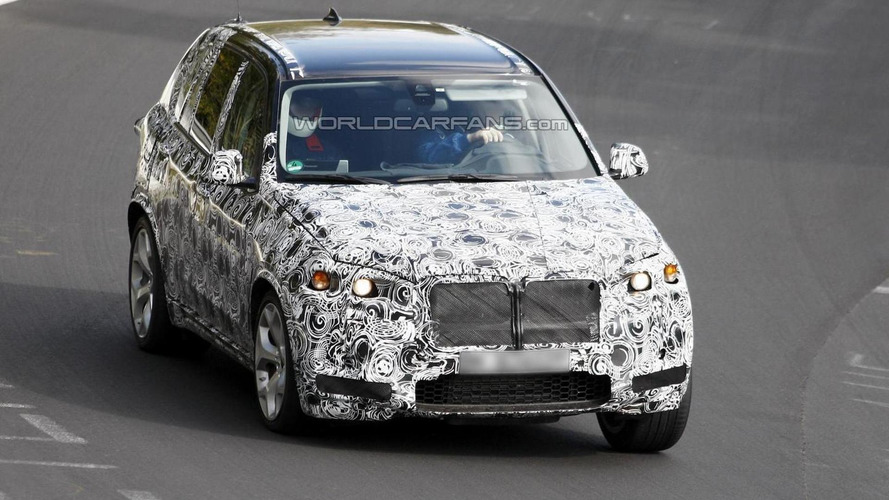 These are the first spy photos with the next generation of the BMW X5 M that could be launched in 2015, a year later after the standard X5.

We have seen the future generation of the BMW X5 in a lot of spy shots, but this is the first time we catch a glimpse at the more potent M version which might be out a year later after the standard model as a 2015 model year.

As you would expect from an M model, the next-gen X5 M will feature more aggressive front and rear bumpers, a quad exhaust system, beefier brakes and larger wheels. Since it will be based on the 2014 X5, the high performance SUV will benefit from the weight saving technologies related to the 5-Series (F10) platform that will loosely underpin the 2014 X5.

The 2014/2015 BMW X5 M is going to get a specially tuned suspension, along with a different wheel + tire combo. Don’t expect a lot of changes under the hood taking into consideration that the current model with its V8 4.4-liter twin-turbo engine puts out 547 hp (408 kW) and 502 lb-ft (680 Nm). Combine this with a lower curb weight and you get a quicker and more economical hot SUV.