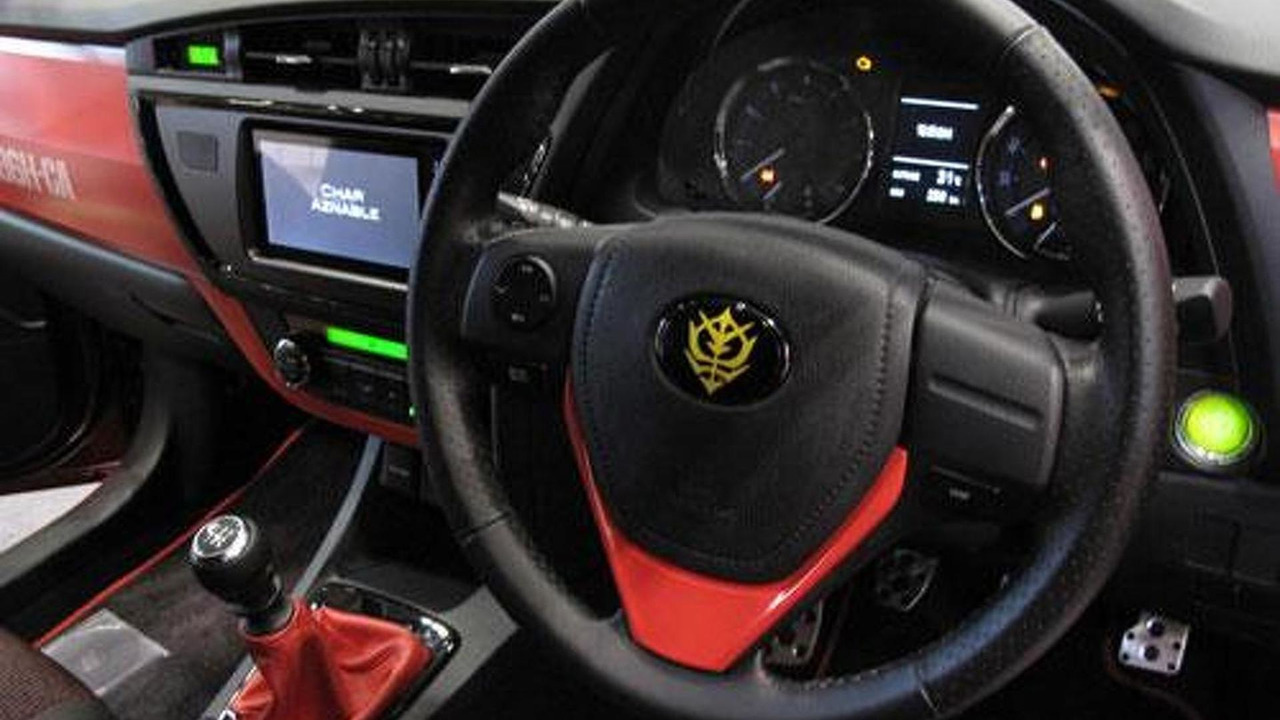 Toyota styling and performance product line Modellista has released their latest project which is based on the recently introduced 2013 Toyota Auris (JDM). The idea for this cosmetic tune is inspired by Char Aznable, which represents a fictional character from the popular Gundam animated Japanese television series about giant robots.

We notice the new body kit includes a new set of headlights, a different front apron with LED daytime running lights, an updated front grille and a new look for the hood which now also incorporates big air vents on both sides.

At the back of the car there’s a discreet roof spoiler and a different bumper that houses four exhaust tailpipes. Other changes include bigger side skirts and dark gray 18-inch alloy wheels. Inside the cabin it has a two-tone black & red finish and aluminum sport pedals.

We don’t know if there are any changes under the hood, but most likely this Auris has been fitted with a custom exhaust system and probably a lowered suspension.