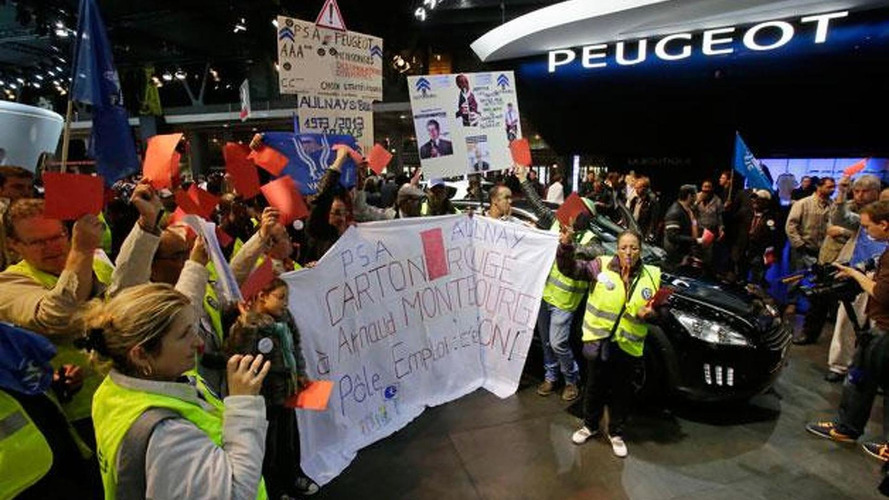 Yesterday during the 2012 Paris Motor Show, the local Paris police fired tear gas at a group of approximately a thousand demonstrators that included workers from PSA Peugeot Citroen. Some of the workers are from a PSA factory that will soon be closed, along with other workers from various manufacturers that will have to suffer job cuts. The police decided to fire tear gas as a response to some of the demonstrators that threw eggs and flour towards the local authorities.

This represents only one of the many demonstrations that are organized nationwide as the country is still having serious financial problems, while the unemployment rate has hit more than ten percent. As a reminder, PSA Peugeot Citroen has been removed from the France CAC 40 stock index due to a 60 percent drop in shares in the past year.