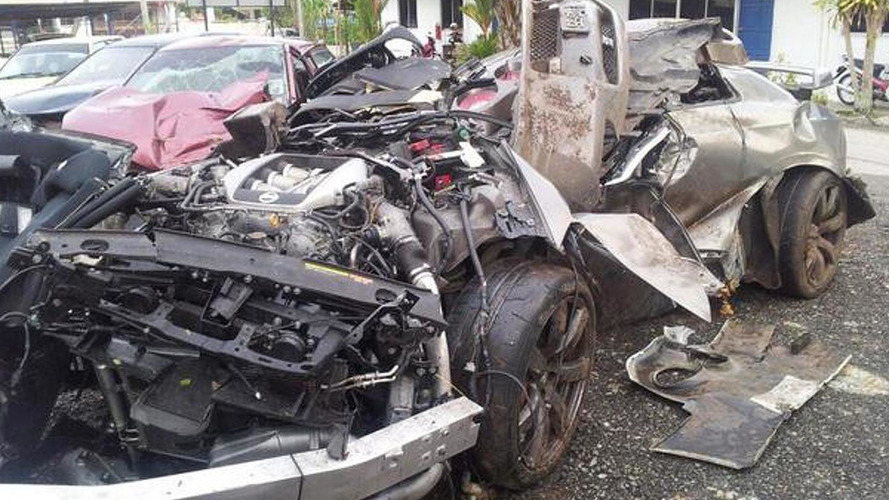 Two Nissan GT-Rs hit a tree in Malaysia, causing the death of four people and heavily injuring two other passengers.

A horrible car accident occurred at the beginning of this week in Malaysia where the drivers of two Nissan GT-Rs lost control of the cars and collided with a tree. This tragic incident happened in the city of Kuantan on Jalan Haji Ahmad 1 in the direction of Semambu. Apparently, the two Nissans were speeding and because of the wet road the drivers lost control of the supercars and crashed at approximately 4 AM in the morning (local time).

The police is currently investigating the accident but most likely this occurred because of the lack of experience of the drivers and too much speed for wet road conditions.

One of the GT-Rs was driven by a 24-year-old businessman by the name of Tan Kah Yong, while behind the wheel of the other Nissan was a 20-year-old man named Go Haw Wei. Both of them died, along with the front passengers, 26-year-old Chinese resident Bao Shanshan and 21-year-old Koay Khor Liang, respectively.

The other two seriously injured passengers were sitting in the back of each GT-R, both of them being rushed to the hospital to get the necessary medical treatment.