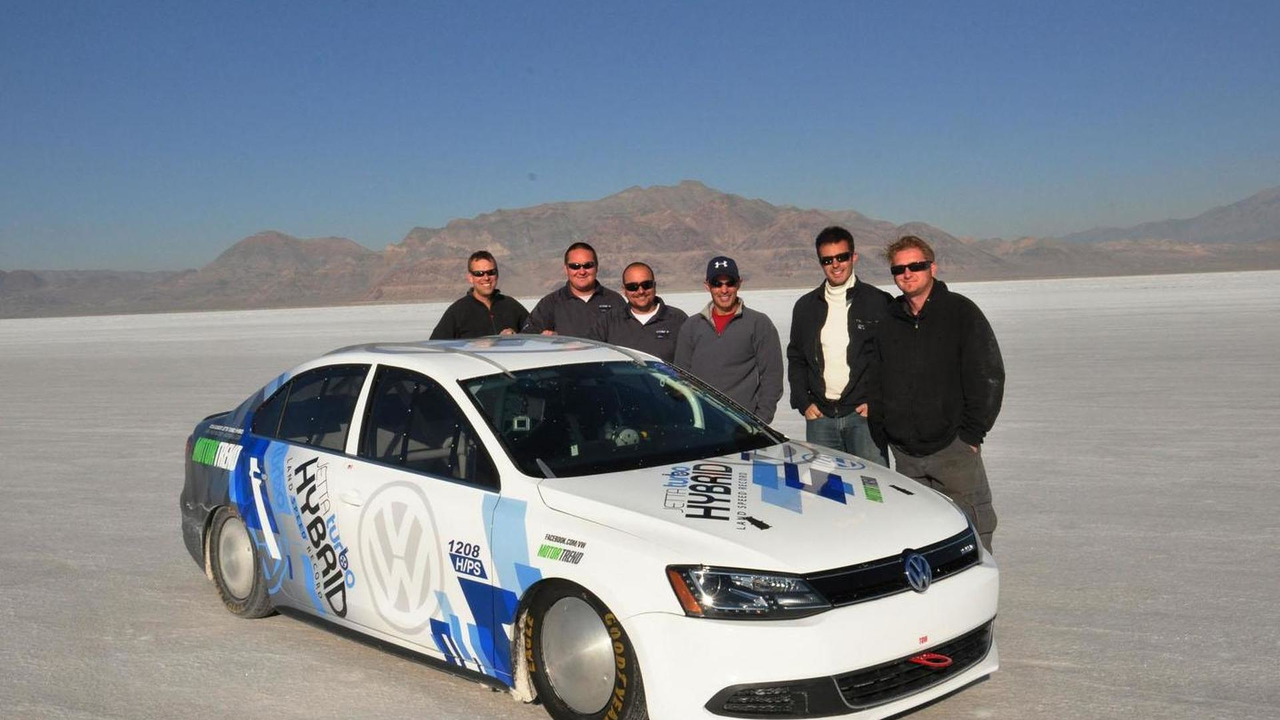 Volkswagen has announced a specially modified Jetta Hybrid has set a new land speed record at the Bonneville Salt Flats.

Volkswagen has announced a Jetta Hybrid has set a new land speed record at the Bonneville Salt Flats.

Using a specially modified car, Volkswagen was able to average 186.313 mph (299.842 km/h) over the course two runs. This earned the model a Southern California Timing Association (SCTA) H/PS land speed record for "production cars with engines of less than 1.5 liters that use forced induction." The car also beat its previous top speed record by averaging 187.147 mph (301.184 km/h) during the last mile of its second run.

In a statement, Volkswagen America CEO Jonathan Browning said "We're very proud that the Jetta Hybrid has not only posted the fastest speed for a hybrid at Bonneville, but that it has gone out and broken an SCTA land speed record as well. Achieving this record at Bonneville shows that the all-new 2013 Jetta Hybrid is a distinctly different offering in the compact hybrid class, offering excellent fuel economy while retaining the fun-to-drive nature expected from a Volkswagen."