2020 SEAT Leon Caught With Less Camo Near The 'Ring [UPDATE] 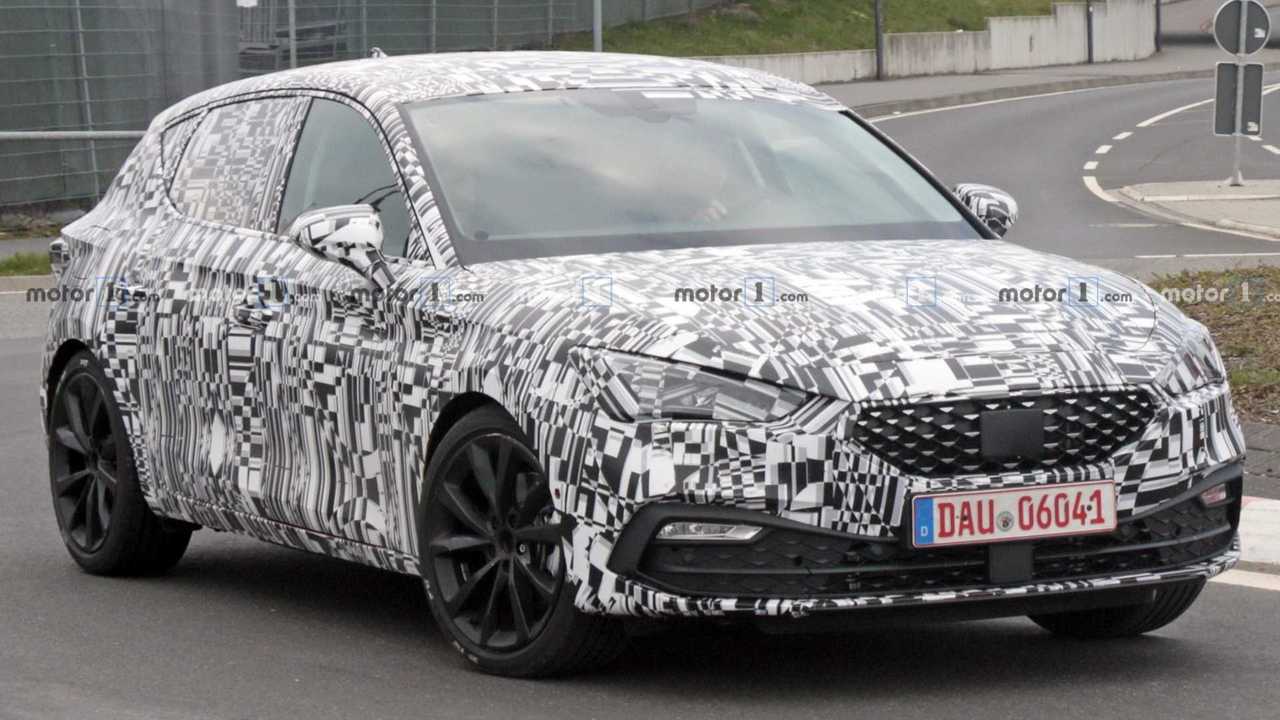 By far our best look yet at the new Golf from Spain.

Looking even sharper than the outgoing model, the fourth-generation SEAT Leon has lost some of the thick disguise to reveal more of its production metal. Seen near the Nürburgring, The compact hatchback is still fully camouflaged from front to rear, but the layer of camouflage is now thinner than ever before. We can easily check out the redesigned headlights and taillights, with the rear ones featuring a full-width light bar in the same vein as the Tarraco midsize SUV.

Up front, the glitzy grille suggests we’re looking at the posh Xcellence trim level, but one can never be too sure when dealing with prototypes since in many cases these have bits and pieces borrowed from several versions of a car. Once again, it appears the Leon will have the sportiest design compared to its MQB sisters, the Volkswagen Golf, Audi A3, and the Skoda Octavia. Should you need a bigger trunk, SEAT has already confirmed a more practical Leon ST wagon will get a new generation.

There aren’t any images of the interior in this new batch of spy shots, but SEAT has promised to cram more tech into its Leon IV. For example, the infotainment will offer over-the-air updates not just for the maps, but also for apps and other functions of the system. There will be fewer conventional buttons as more of the regular controls are going to be integrated into the touchscreen, including those for the climate settings.

SEAT has announced the new Leon in both hatchback and wagon flavors will be offered with a plug-in hybrid powertrain rated at up to 242 horsepower to mirror the Cupra Formentor concept shown last month in Geneva. The SEAT-badged PHEV versions are going to be joined by the end of 2020 by electrified Cupra performance models for the two body styles, also with a plug-in setup but obviously with more power.

As a final note, it is worth mentioning SEAT also has plans for a crossover variant of the new Leon. We’re not talking about the wagon-based Leon X-Perience as the Spaniards are saying it will be a separate model, one that will be “more extreme” than the jacked-up rugged wagon. It’s unclear when it will be launched, but probably after the hatchback and wagon, so look for the sub-Ateca model to arrive in 2021 at the earliest.