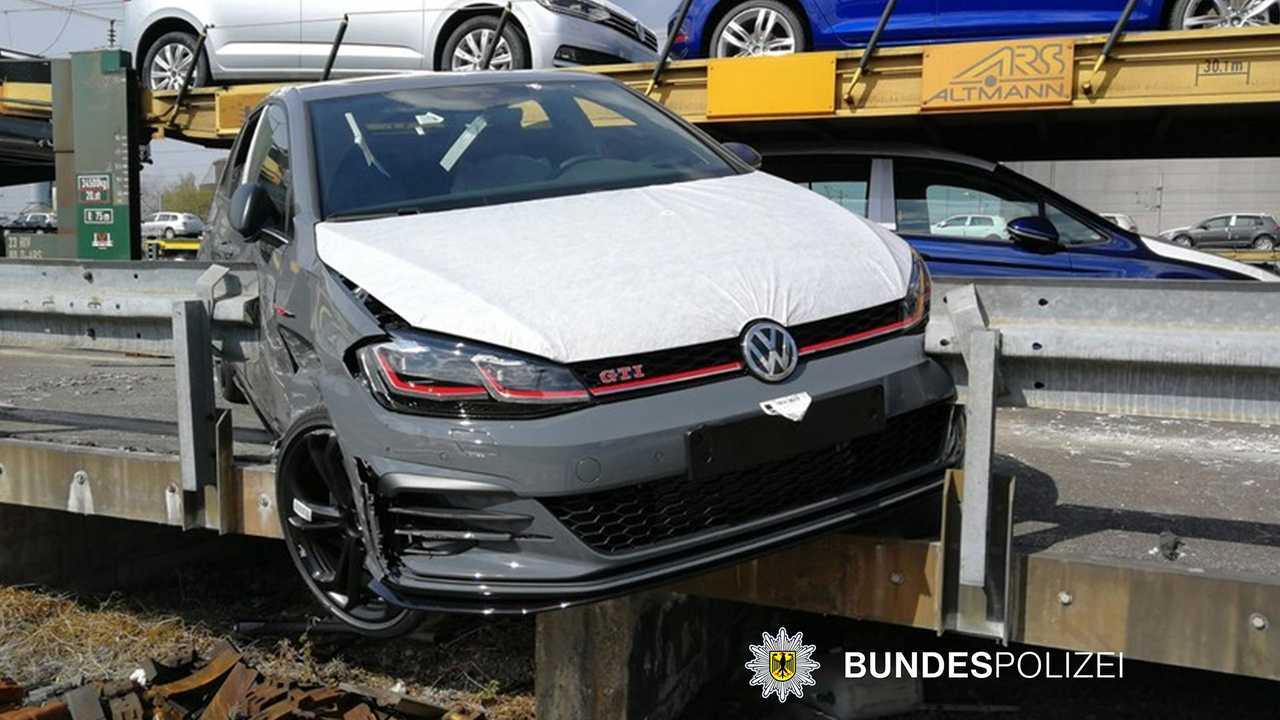 The perpetrators stole the infotainment system out of two other vehicles, too.

Dumb criminals exist all over the world, and for an excellent example check out this image of the attempted theft of Volkswagen GTI from a freight train hauling vehicles in Germany. While the thieves were technically successful at getting the hot hatch off the car carrier, the vehicle then smashed into the guardrail next to the tracks.

The police received the report of the attempted crime from Milbertshofen freight station near Munich at around 2:00 AM local on April 3. Upon arriving, officers discovered the wrecked VW. The perpetrator (or perpetrator, the cops aren't sure yet) was able to get the car started and had created a homemade ramp for driving it off the train car. However, something clearly went wrong because officers found the GTI crashed through the guardrail. The incident caused serious damage to the vehicle, according to the cops.

Police also reported that the thief broke into two other Volkswagen vehicles on this train car and stole the infotainment systems out of them. The person caused thousands of euros in damage by breaking into the VWs and ripping out the displays, according to law enforcement estimates.

Upon seeing what happened, the cops immediately started a search, including using a helicopter, but they were unable to spot the thieves. Law enforcement also shut down the freight train line to search for evidence.

While this thief's homemade ramp didn't work, he or she was more accomplished at making aa successful escape. German police are now asking anyone in the area at the time to come forward if they remember seeing anything weird that night.