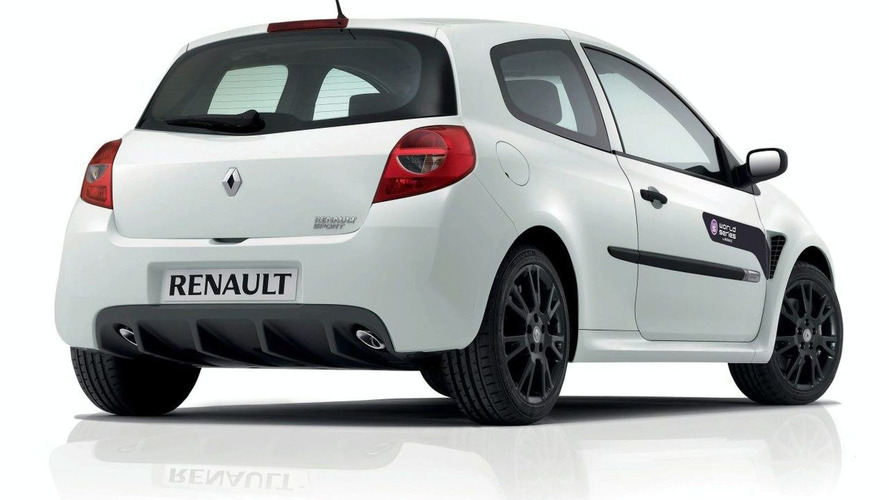 Renault has been organising its World Series events since 2005 and has attracted an audience of 1,5 million over the years. This year at the Magny-Cours racetrack, Renault unveiled their latest addition to the Renault Clio sport range, the World Series by Renault Clio Renault Sport. And despite the long name, it will be the cheapest RS version of the Clio priced at 21,900 EURO in France.

The World Series by Renault Clio RS is powered by the 16-valve 2 liter engine and produces 200 normally aspirated hp coupled with 215 Nm of torque. A TL4 six-speed gearbox is installed and top speed is measured at 223 km/h. The World Series Clio RS sets itself apart from the other Renault Clio RS' with black satin-finish wheels, dark anthracite hubcabs and special 'World Series By Renault' decals.

Uk residents can order their World Serier by Renault Clio Renault Sport in week 39 while France, Spain and Italy will have to wait until week 43. There is no mention whether other European countries will have the signature edition in showrooms later in the year.