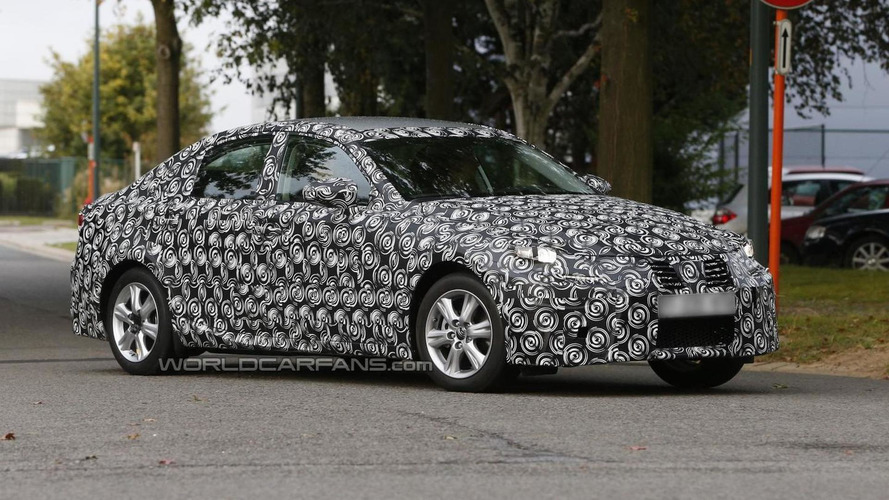 These are the latest spy photos with the new generation of the Lexus IS which will be launched next year.

The current generation of the IS has been on sale since 2005 so it certainly needs a replacement taking into consideration that some of its rivals like the C-Class and the 3-Series have been heavily updated recently.

The 2014 Lexus IS will adopt the spindle grille treatment seen on the spectacular LF-CC concept, while the hotter IS-F will feature a lowered suspension, a more flared body kit and sporty wheels. The prototype seen in these spy photos is the sedan variant that was undergoing some testing in Belgium, but most likely Lexus also plans a convertible with a folding hardtop roof.

We are curious to find out if the next generation IS will be offered as a hybrid since right now it is the only model in the lineup that isn’t available with electric motors as the CT200h, LS and the RX all have taken the hybrid route.