Is this the Ferrari F70's engine ? 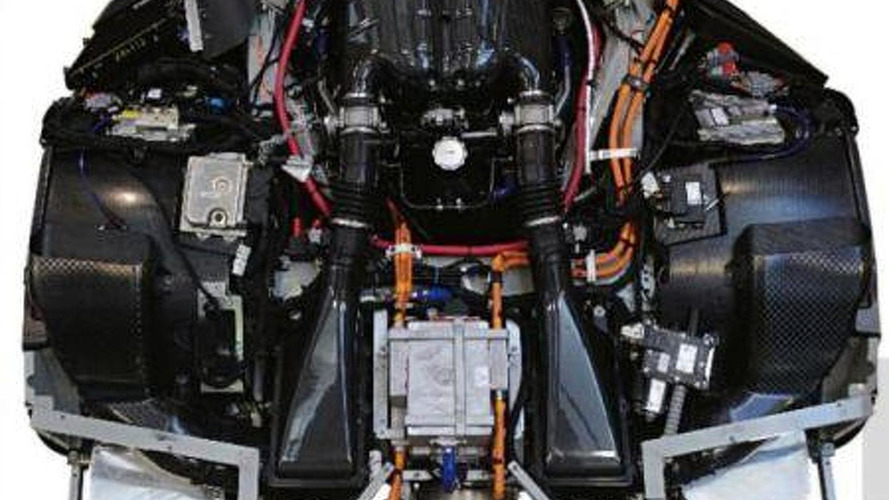 Ferrari Magazine (number 18) reveals what could possibly be the V12 engine of the Ferrari Enzo successor (F70).

At this year’s edition of the Paris Motor Show, Ferrari is showing the chassis of the upcoming successor for the Enzo internally dubbed F70. The photo you see in this article is from the Ferrari Magazine (number 18) and shows what could very well be the engine of the F70. As you would expect, we are dealing with a huge V12 engine that will feature an F1-inspired KERS system which previous reports were indicating that it will produce an additional 120 hp (89 kW).

It’s far from being a finished car as it lacks the necessary bodywork while the exhausts don’t look as if they were properly finished. Even so, we catch a glimpse of the possible F70’s hybrid powertrain which could generate a combined output of 920 hp (686 kW), all wrapped around in a package that could weigh about 2,500 lbs (1134 kg).

At the moment these are only rumors and speculations so we should wait until Ferrari shows us the real deal.