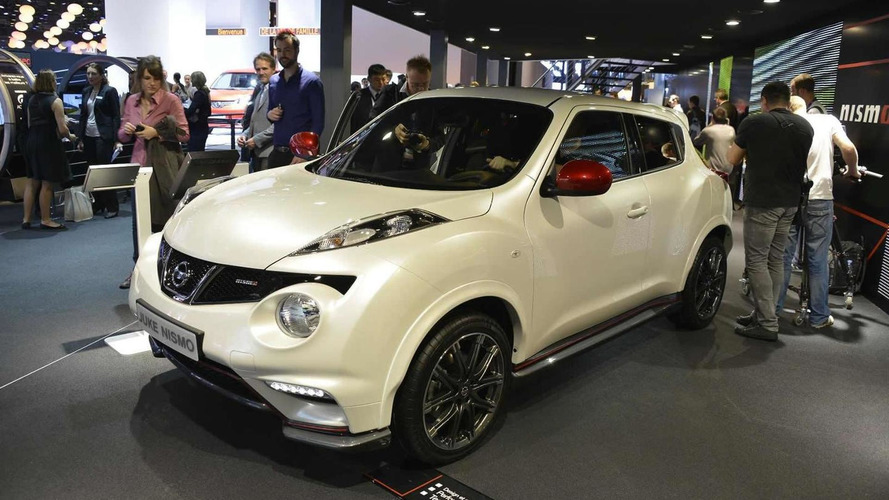 Nissan brings to Paris the hotter Nismo variant of the Juke crossover, before going on sale early next year.

With the launch of the Nismo variant, Nissan’s Juke crossover looks a little bit better but it is still far from being an attractive car. This is the first vehicle part of an oncoming series of hotter models to wear the Nissan badge. It borrows the direct-injection 1.6-liter turbo engine of the former flagship variant DIG-T but with a few improvements that raise the output to 215 hp (160 kW).

Riding on 18-inch alloys and fitted with a stiffened suspension, the Nissan Juke Nismo has received new front and rear bumpers, wider side skirts and wings, a new tailgate spoiler and a redesigned front grille. The Japanese automaker says that these are more than just cosmetic changes as all the new additions are functional aerodynamic items.

It will be sold in both two-wheel drive and four-wheel drive versions, featuring an updated steering with torque vectoring. On the inside it packs sports seats with suede-trimmed steering wheel and gear knob with red stitching.