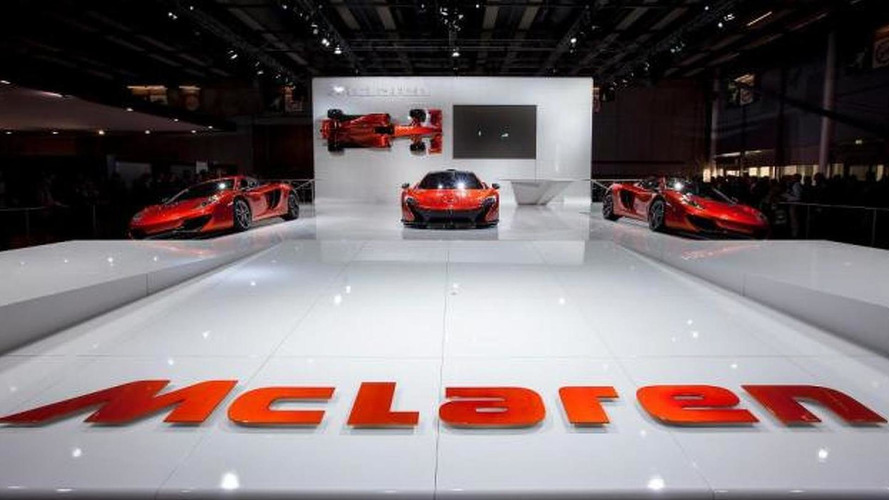 At its first presence at an international motor show, McLaren has brought the P1 concept.

The Paris Motor Show represents McLaren’s first ever appearance at an international motor show, and for this occasion they’ve brought the upcoming P1 supercar which will be launched in late 2013. The one shown in Paris is considered as a design study but “more than 95 percent” of the exterior look will be retained.

The British automaker mentions that it’s 600 kg of downforce is the highest level among current road cars and five times more than the MP4-12C. It has a drag coefficient of 0.34 and uses a carbon fiber structure that incorporates a carbon fiber roll-bar over the cabin. Expect a regular windscreen wiper from the final production version and also the steering wheel on the left so no central driving position as in the legendary F1.

The body of the McLaren P1 is made from carbon fiber panels that are “extraordinarily thin” and are molded in large sections. The rear wing is capable of automatic adjustment up to 300mm rearwards while on a racetrack and by up to 120mm while driving on the road. Ahead of the front wheels located under the P1’s front are two flaps that have been installed to increase aerodynamic efficiency and downforce, which in return will increase speed and comfort, according to McLaren.

Expect a price tag of somewhere around 800,000 pounds.

Additional details can be found in the press release below. Check back for more live photos.