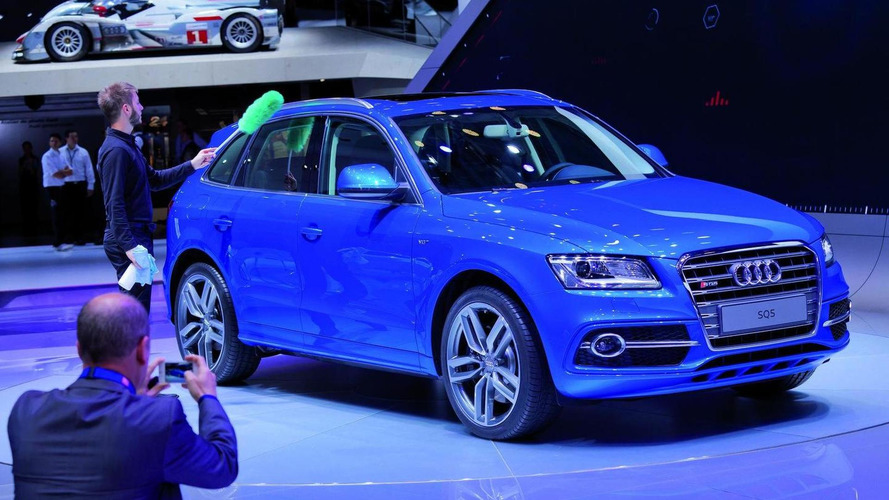 The Ingolstadt-based automaker Audi has travelled to Paris in order to showcase the upcoming SQ5 TDI exclusive concept, a limited edition version of the SQ5 TDI that will be available in the first quarter of next year. The model is based on the SQ5 TDI which as you probably know already is the first S model to receive a diesel engine.

What makes this exclusive concept variant special? For starters, it has an Aral Blue crystal effect exterior paint, aluminum-look exterior mirrors, xenon plus headlights with LED DRLs and at the back it hosts four exhaust tailpipes. Inside the cabin there’s a multi-function sports steering wheel wrapped around in black Fine Nappa leather, just like the gear lever gaiter. These have contrasting snow white stitching, like on the dashboard cover and the center armrest.

Snow white was also used for the Alcantara headlining, the applications and inlays in the door shimmer and also for the blind for the sunroof. As you would expect, a bunch of Audi badges are spread throughout the cabin.

While the regular SQ5 TDI will have a starting price in Germany of 58,500 euros, this exclusive concept variant limited to 50 units will cost a whopping 92,000 euros.