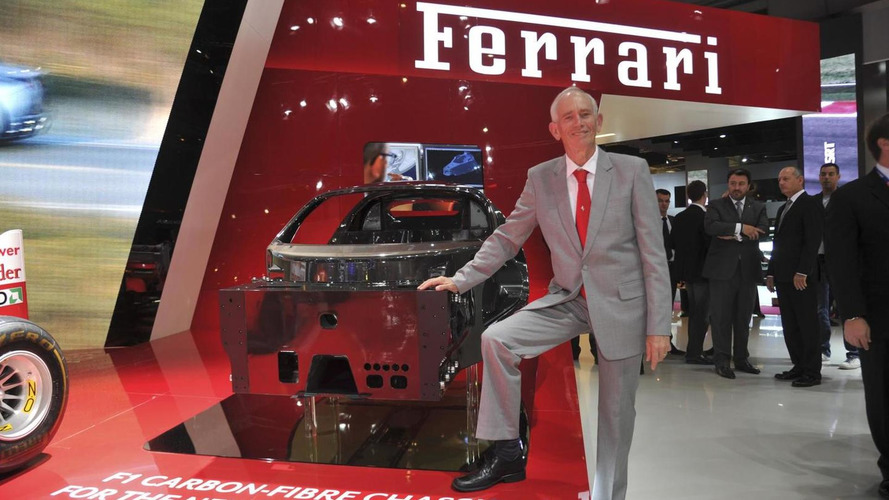 Ferrari has decided to reveal the chassis of the upcoming Enzo successor, before its spring 2013 launch.

Ferrari’s highly anticipated Enzo successor (aka F70) won’t be out until next year but the Italian automaker has decided to reveal some partial information about the company’s upcoming flagship model. At the Paris Motor Show this week they are showcasing the car’s chassis which weighs 20 percent lighter than the Enzo's, which is approximatly 70 kg (154 pounds).

Ex Ferrari F1 technical director Rory Byrne said that the car will utilize the latest carbon fiber technology and will adopt several weight-saving and performance measures. One of the novelties of the new Enzo will be the integration of the front suspension pick up points in the chassis, along with the fuel tank protection, dash crossmember, seat structure and battery compartment. The roof will also be integrated through bonding and bolting to the same lightweight chassis. The final version of the new Ferrari Enzo could weigh only approximately 1100 kg (2425 pounds).

The successor of the Enzo will probably be showcased to customers before the end of the year and it will be officially launched in the spring of 2013.