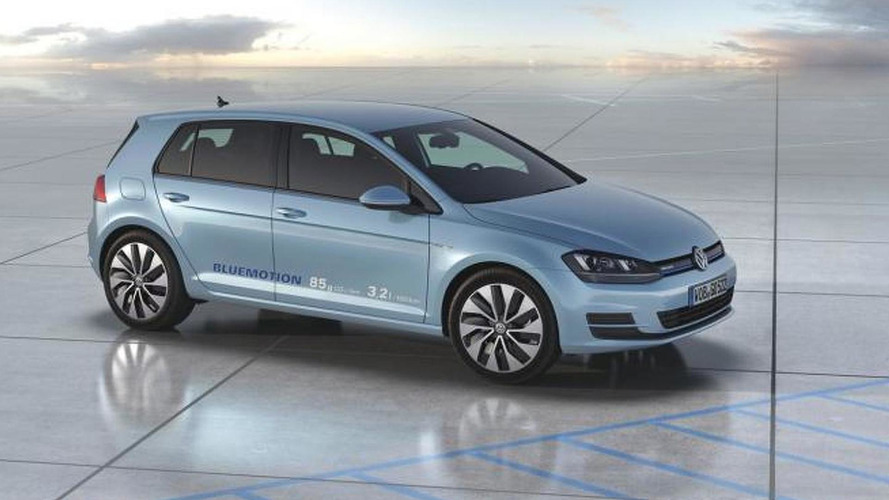 Greenpeace has protested during Volkswagen's presentation of the upcoming Golf VII BlueMotion.

We think it’s obvious for everyone that Greenpeace has a bone to pick with the VW Group as over the years they interfered in some way during various model presentations or they launched parody ads. It was only about three weeks ago when they expressed their disappointment regarding the fuel consumption of the new Golf and now they have protested once again during the unveiling of the more frugal BlueMotion variant.

This time, the activists decided to scale the lightning rigs above the automaker’s stand and then they unfurled a huge yellow banner that said “You are polluting us”. They also left several balloons among the big crowd of journalists that gathered there for the Golf VII BlueMotion presentation.

Before the protesters were quickly removed, a spokesman for VW said that the new Golf “is the most economical and efficient in its class”, adding sarcastically that “we’re delighted Greenpeace are here to recognize our work with their comments on our products and technology.”