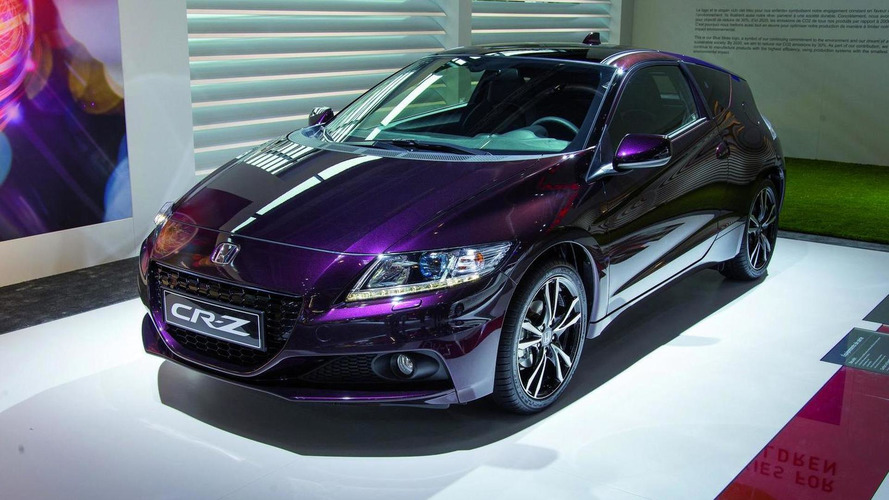 The 2013 Honda CR-Z has been officially unveiled in Europe at the 2012 Paris Motor Show.

Following a rather surprising unveiling at the Indonesian Motor Show, Honda’s 2013 CR-Z has reached European territory as it is being showcased in Paris. This is a facelift for the hybrid so it only brings minor exterior and interior changes over the outgoing model, including a revised front bumper which is framing an updated grille. The design of the rear diffuser has been changed, while the GT model receives 17-inch alloys.

The most important change can be found under the hood where the 1.5-liter gasoline engine has received some modifications to the variable valve timing system and the ECU. Thanks to this change, the power has gone up from 114 HP (84 kW) to 121 HP (89 kW). Honda’s engineers have also worked on the electric motor system that now adopts a lithium-ion battery (instead of the old nickel-metal hybrid) and gets a power boost from 14 HP (10 kW) to 20 HP (15 kW).