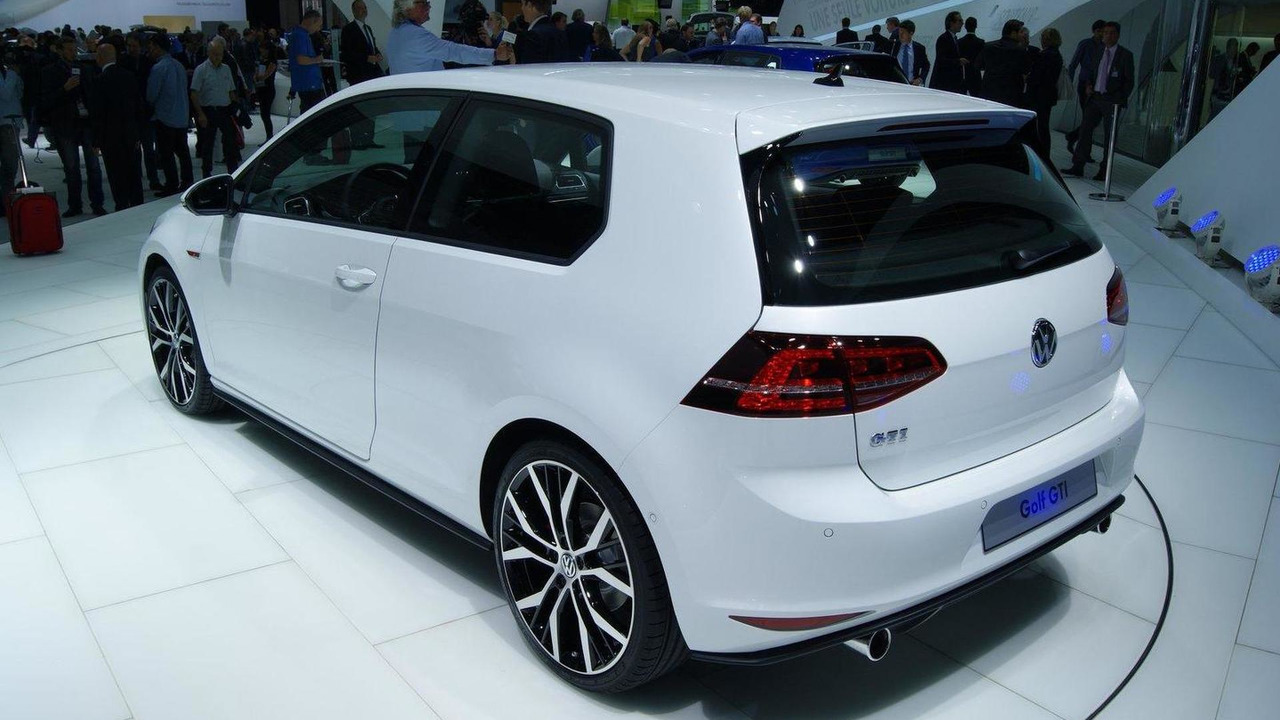 VW has revealed a near-production concept of the Golf VII GTI that will be launched next year.

Volkswagen has officially revealed a near-production concept of the upcoming Golf VII GTI that will be launched next year. Just like we reported yesterday, the new GTI will be powered by a retuned version of the company’s 2.0-liter TFSI turbo engine that will pump out 220 HP (162 kW). VW plans on offering an optional power package that adds 10 HP (7.3 kW).

The standard GTI will be able to perform the 0-62 mph (0-100 km/h) sprint in 6.6 seconds, while the higher-power version will feature additional upgrades besides the power increase. Some of the extra goodies include a new electronic differential for better cornering and bigger brake discs. It promises to hit a top speed of 155 mph (250 km/h).

The German automaker says that the fuel consumption has been reduced by 1.3 liters compared to the current Golf VII GTI, representing an 18 percent decrease. This means that the revamped GTI will be capable of returning 39.1 mpg US (47 mpg UK or 6 liters / 100 km).