Hyundai plans WRC comeback with this i20 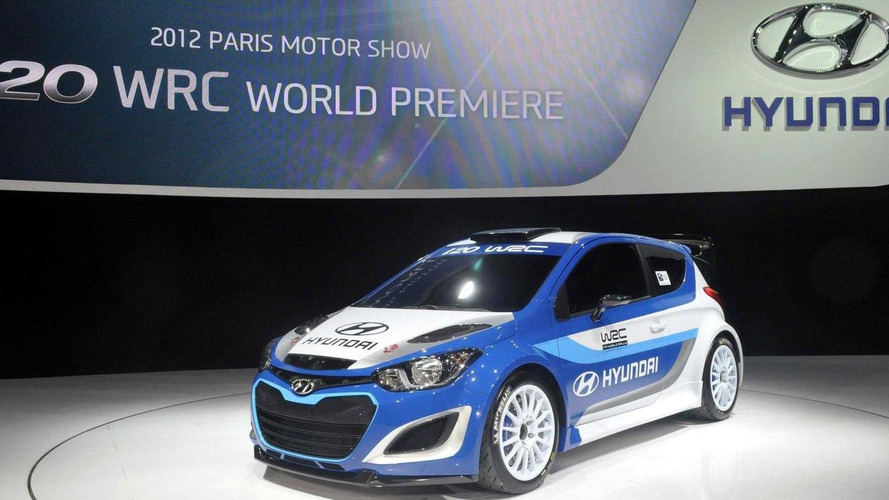 Hyundai plans on returning to the World Rally Championship after its 2003 departure with this WRC-ready i20. The car is scheduled to make an appearance in Paris this week, along with possible WRC versions of the i30 and Veloster models. No word about the technical details yet but according to various reports, this i20 will be powered by a turbocharged gasoline engine that pumps out 200 bhp (149 kW).

The i20 WRC that will be exhibited at Hyundai’s stand in Paris will be shown in a conceptual form only as it won’t have an interior. Even so, it’s obvious that the Korean automaker eyes a WRC return as soon as possible.

As a reminder, Hyundai teamed up with Rhys Millen Racing last year for a rally coupe version of the Veloster that had a 4-cylinder turbocharged engine with 500 hp (373 kW).