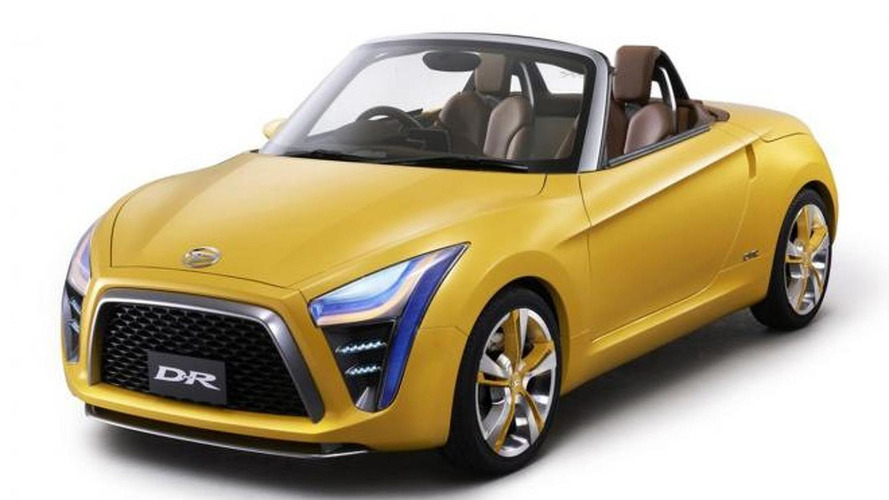 Daihatsu introduced the D-R concept at the 2012 Indonesian Motor Show. No plans for a production model.

At the Indonesian Motor Show this year, Daihatsu introduced not only the UFC Concept, but also this D-R concept which can be considered as a spiritual successor of the Copen convertible. This can be described as a more modern interpretation of the hardtop featuring an oversized front fascia and a windshield frame made from aluminum, while the interior is wrapped around in leather.

Daihatsu says that this concept features replaceable resin body panels, while in the cabin there’s a touchscreen which handles most of the controls, along with an LCD screen. Under the hood it gets a 2-cylinder 600cc engine so it won’t break any Nürburgring records.

The Japanese automaker did not say anything about the possibility of putting this concept into production.