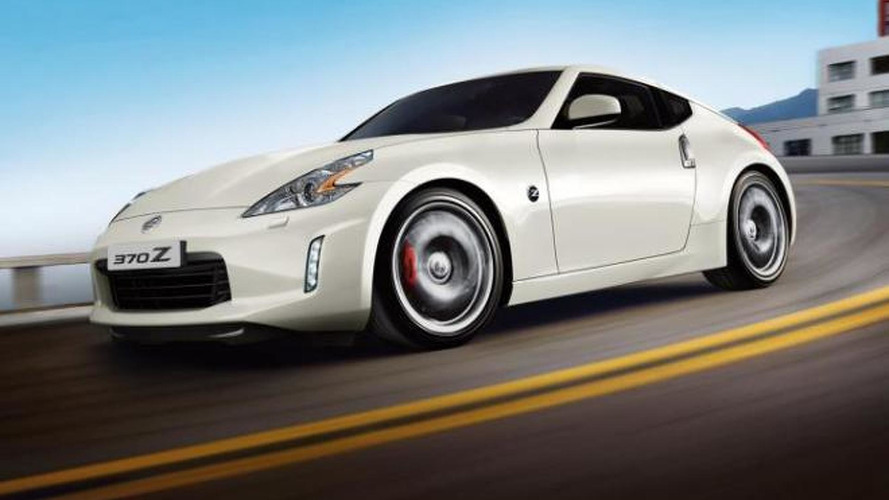 Nissan has revealed the first photos with the facelift for the 370Z (European version).

Following an initial teaser revealed a few days ago, Nissan has published the first photos of the upcoming 2013 370Z facelift that is scheduled to make its public debut at the Paris Motor Show this week. As you can see from these images, the facelift brings a modestly revised front end that features a redesigned bumper with a couple of vertical LED DRLs. The air intake located in the middle is now a bit more rounded.

It will be available with a choice of two new paint colors: Midnight Blue and Magma Red, as well as new 18- and 19-inch alloys. It also gets red brake calipers and minor updates inside the cabin. There aren’t any modifications to the engine as it still comes with the V6 3.7-liter unit that pumps out 324 bhp (241 kW), enough for a 0-62 mph (0-100 km/h) sprint in 5.5 seconds.

Both the coupe and roadster versions of the facelifted 370Z are scheduled to go on sale in the beginning of next year. Pricing in UK will start from less than 30,000 pounds for the entry-level coupe model.