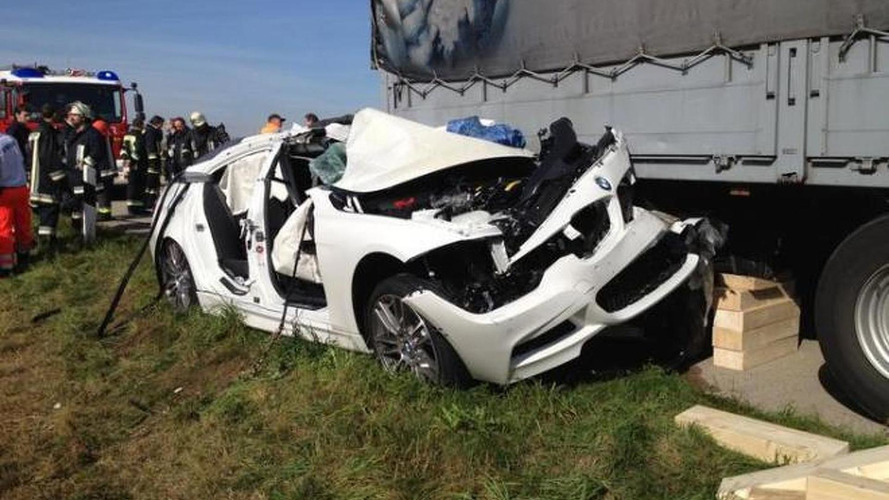 The test driver of a BMW 3-series hybrid prototype died on September 21 on the A92 near the automaker’s Dingolfing factory.

Today we bring you some sad news from Germany where the test driver of a BMW 3-Series hybrid prototype died on September 21 on the A92 near the automaker’s Dingolfing factory.

At that moment he was conducting some tests on a hybrid version of a 3-Series at high speeds while passing several trucks. One of those trucks in front of him pulled out and despite the driver’s quick reaction to swerve right in order to avoid the impact, he unfortunately ended under the rear trailer.

It seems that he died immediately on impact after this extremely violent crash. The only good news is that nobody else was inside that prototype so he was the only victim of this tragic accident. The A92 was closed for several hours due to the difficulties occurred when recovering the crashed BMW.

The result of the ongoing investigation will hopefully explain how this happened.

Gallery: BMW test driver dies in a 3-series hybrid prototype on the Autobahn