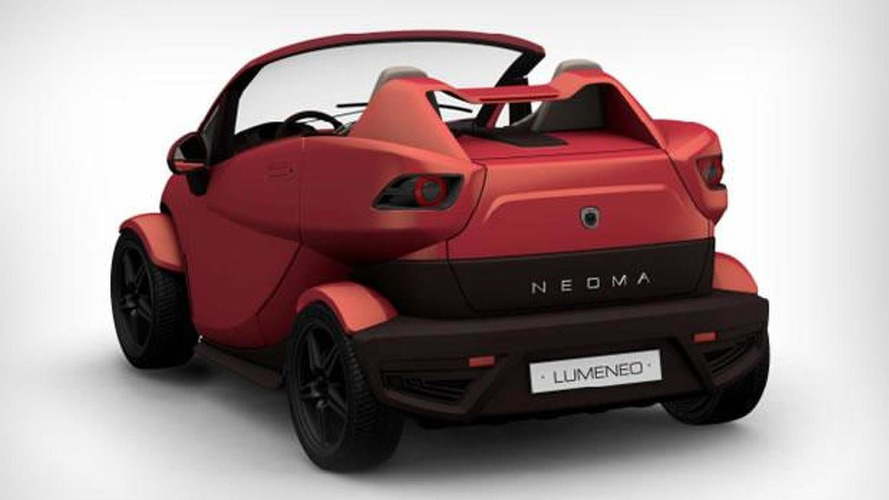 Lumeneo has announced plans to introduce the Neoma Roadster at the Paris Motor Show. It is an electric vehicle that likely features a 46 PS (34 kW) electric motor.

Lumeneo has announced plans to introduce the Neoma Roadster at the Paris Motor Show.

Based on the company's four-seat electric vehicle, the roadster has sporty styling which borrows a few cues from the Smart forspeed concept. Notable highlights include a sport-tuned suspension and 17-inch alloy wheels.

Detailed specifications haven't been announced, but the standard Neoma features a 14.2 kWh lithium-polymer battery that powers a 46 PS (34 kW) electric motor. It enables the model to hit a top speed of 110 km/h (68 mph) and travel up to 140 km (87 miles) on a single charge. When the battery is depleted, it can be fully replenished in approximately four hours.