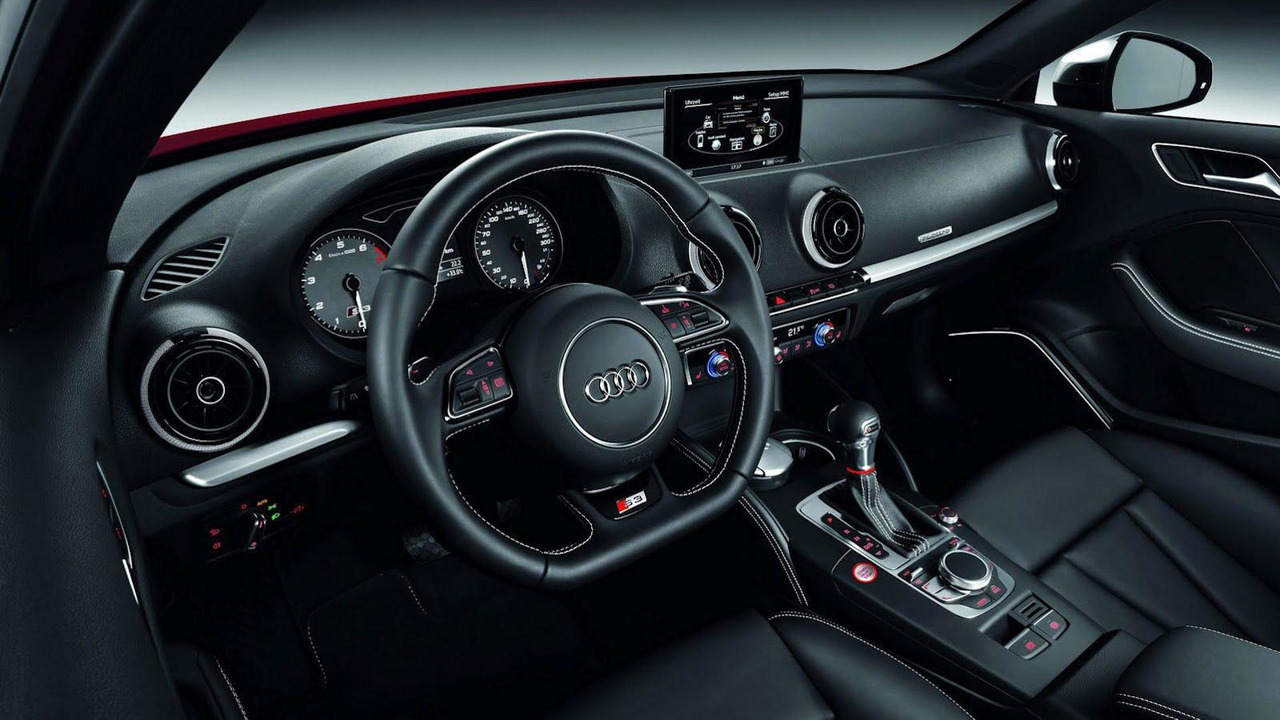 Audi has revealed the 2013 S3 model which is scheduled to make an appearance next week in Paris.

Following yesterday’s reveal of the A3 Sportback, the Ingolstadt-based automaker Audi has unveiled the 2013 S3 which will be shown next week at the Paris Motor Show, before going on sale at the beginning of next year in Europe at a base price in Germany of 38,900 Euros ($50,500).

The horsepower is delivered to all four wheels of the vehicle through either the standard 6-speed manual gearbox or via the optional S tronic dual clutch transmission. Fitted with the company’s quattro all-wheel drive system, the new S3 performs the 0-62 mph (0-100 km/h) sprint in 5.1 seconds when fitted with the aforementioned S tronic or in 5.4 seconds with the manual gearbox. As a reminder, the outgoing S3 equipped with the manual can do the sprint in 5.8 seconds.

With a curb weight of 3,075 lbs (1,395 kg), the new Audi S3 is 132 lbs(60 kg) lighter than the outgoing version, while the handling has been improved in comparison to the standard A3 by installing a sport suspension that brings the vehicle closer to the ground by 25mm (0.98 inches). Also new are the brakes and the electronic damper control system which is an optional feature.

Design-wise, there aren’t a lot of differences between the S3 and the A3 equipped with the S Line package as it features an S single-frame grille, a revised front bumper, LED DRLs, updated side skirts and aluminum-look mirror caps, along with quad tailpipes, roof spoiler and a different rear bumper that incorporates a diffuser. It has been fitted with 18-inch alloy wheels wrapped in 225/40-series tires.

Inside the cabin there are gray instrument dials with white needles, a boost pressure indicator, power-retractable on-board monitor, brushed aluminum pedals and footrest, a flat-bottomed steering wheel, sport seats and a bunch of S logos.

Additional info is available in the attached press release.