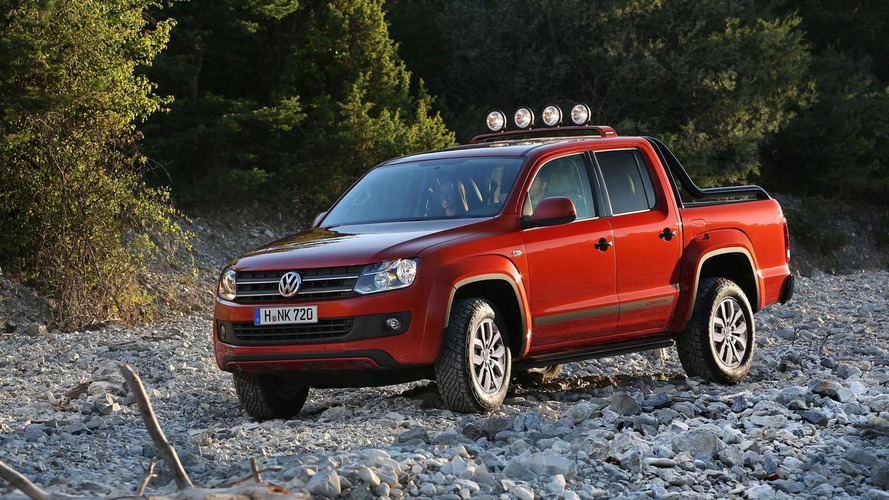 Previewed by a concept at the Geneva Motor Show, the production model is based on the Amarok Trendline and features rocker guards, a roll bar and 17-inch alloy wheels. There's also a black rear bumper, a cargo cover and tinted taillights. The Canyon can also be equipped with exclusive Copper Orange paint and a roof-mounted light bar.

Under the hood, two TDI engines are available. They are backed up by a permanent or on-demand four-wheel drive system which can be supplemented by an optional locking rear differential.

The 2013 Amarok Canyon will go on sale early next year and pricing will be announced closer to launch.