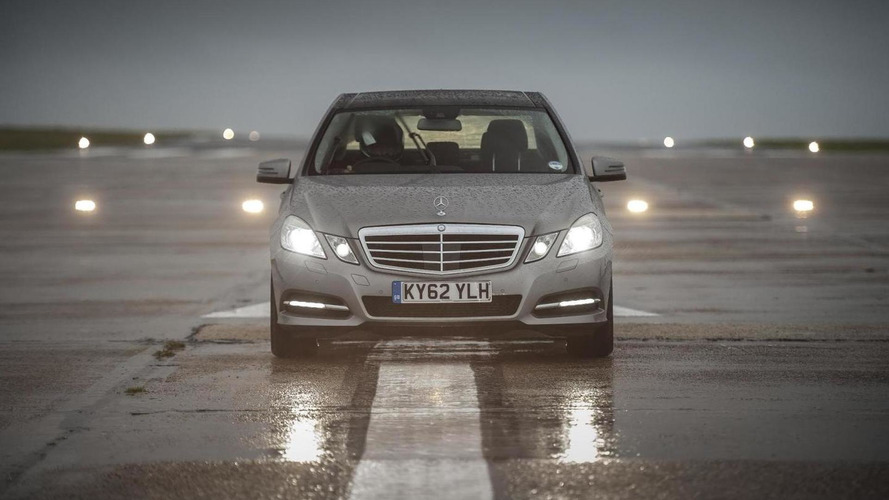 The 2013 Mercedes-Benz E300 BlueTEC HYBRID has arrived in UK and the first unit ran a test to prove that this really is the most efficient E-Class ever made. Behind the wheel was ex-rally driver Mick Linford who started the journey on the main runway at Newquay Cornwall Airport where he tested the acceleration and top speed of the vehicle, performing the 0-62 mph (0-100 km/h) sprint in “a little over seven seconds” before hitting a maximum speed of 136 mph (219 km/h).

After that the car was driven normally for 830 miles (1335.76 km) to the Wick Airport in Scotland. It was a two-day journey with real-world driving conditions, challenging weather and heavy traffic. On this trip, the E300 BlueTEC HYBRID managed to return 67.3 mpg UK (56.04 mpg US or 4.19 liters / 100 km). This whole trip was done with only a tank of fuel and upon arrival there was still a quarter of fuel left in the tank, meaning that it theoretically could have achieved a range of more than 1,100 miles (1770 km).

As a reminder, the car is powered by a 2.1-liter diesel engine coupled to a lithium-ion battery-powered electric motor and the 7G-Tronic Plus automatic gearbox. The conventional engine generates 201 bhp (150 kW) and 369 lb-ft (500 Nm) of torque, while the electric motor adds an extra 20 kW of power.