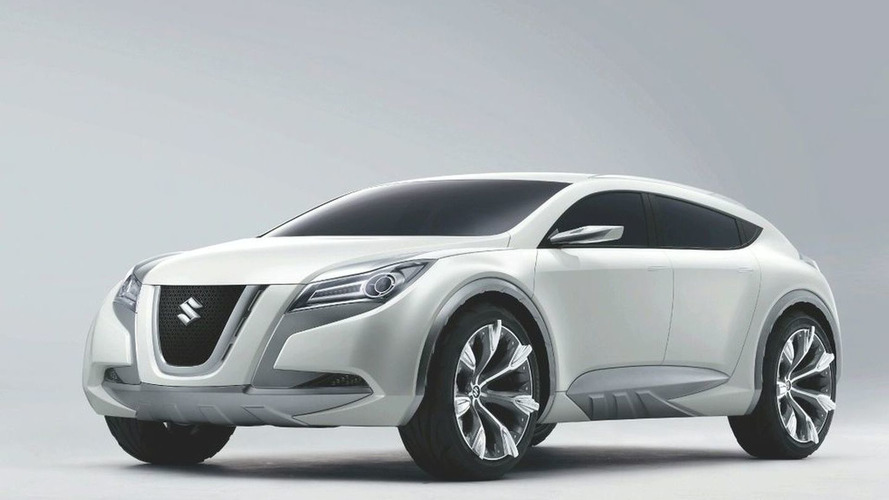 Each of our exhibits will embody the unique spirit and technological prowess that have made Suzuki the leading name in compact car design and production.

Suzuki showed its Kizashi Concept at Frankfurt, a midsize sedan concept, and will follow up on this new line of cars with the Kizashi 2 Concept at Tokyo. The Kizashi 2 Concept is crossover sports wagon which tries to convey the dynamism of an athlete and inspire excitement. Suzuki will be treading new waters with its largest ever engine in a car, namely a 3.6 liter V6 which is coupled to a six-speed automatic transmission.

Second in the Tokyo line-up is a new people-focussed vehicle conept called Sustainable Mobility. It consists of the Suzuki SSC (Suzuki Sharing Coach) which forms an automobile when combined with a single seater low-speed transport pod called PIXY. Couple the PIXY with the SSF to make a sports car unit, or the SSJ for a marine unit. The SSC is a minicar-based mobility unit and can hold a maximum of two PIXY's.

Third in line is the X-HEAD, a cross utility vehicle combining Suzuki's off-road experience of the Jimny and Grand Vitara with load-carrying prowess. Key feature for the X-HEAD is that it can hold various load-beds for equally various purposes, making the concept besides dependable and fun also multi-functional. Take for instance the Camper unit, it allows sleeping quarters for two, the Fashion unit provides some urban style and a Rescue unit for emergency rescue operations.

To finalize the line-up is the Suzuki Palette, a minicar aimed at parents with young children or young drivers. Suzuki claims unprecedented comfort for four in the minicar class. The concept comes with two sliding doors and a low, flat floor for maximum convenience.