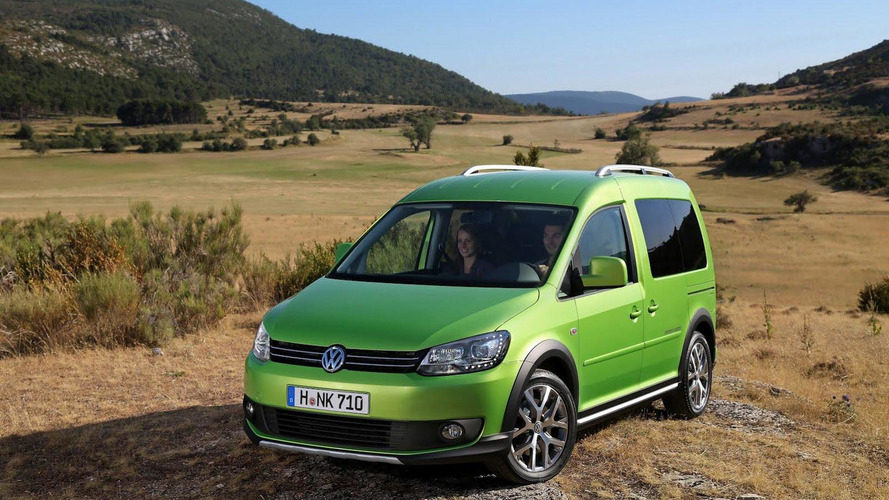 Volkswagen introduces the Cross version of the Caddy, after similar versions of the Polo, Golf and the Touran.

The Volkswagen Caddy has received the Cross version after other models such as the Polo, Golf and the Touran. This new model is based on the existing Caddy Edition 30 that came out in 2011 and brings the usual components that make the vehicle look more rugged. For example, there’s a protective armor with plastic moldings for the lower areas of both bumpers, the side sills and the wheel arches.

Other changes include tinted windows, side impact protection bars on the sills, front and rear silver undercarriage guards, a new set of 17-inch alloys and silver roof rails. Customers have the possibility of getting the Cross Caddy in one of the eight hues available, including the Viper Green which is borrowed from the Sirocco.

Moving inside the cabin, we find two-tone front seats, leather trim with grey stitching for the handbrake lever and the gear knob, along with a height- and length-adjustable central armrest.

Offered either as a five- or a seven-seater with a short wheelbase, the Cross Caddy will be sold with the entire lineup of Caddy engines, including TDI, TSI, LPG and natural gas power units with outputs varying between 85 hp (63 kW) to 168 hp (125 kW). In addition, Volkswagen will also sell versions with the company’s 4MOTION four-wheel drive system and with the DSG transmission when the vehicle goes on sale at the beginning of 2013.