We know Ken Block has a good taste for cool, tuned cars and also knows how to have fun with them. Some of his latest vehicles include a bonkers 1,400-hp Mustang with all-wheel drive and an Escort rally car, as well as a duo of matte black Transit vans supporting his journeys. What we didn’t know until now, however, is that he is also a big fan of radio control cars. And he has quite a collection.

In a new video on YouTube, Block shows his toys to his audience. Some of the models he owns represent accurately the real cars he’s used in the Gymkhana series – including several Ford Fiesta models and the aforementioned black Mustang. There’s also a pretty interesting scale model of a second generation Focus RS in green, as well as a Fiesta drift car with snow tracks.

Some Of Ken Block's Real Cars: 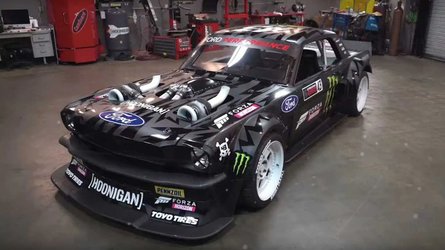 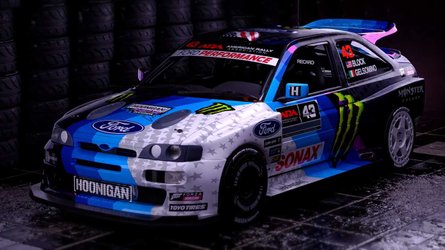 The company that builds all those amazing little cars is HPI Racing, which has a truly epic portfolio of radio control cars and trucks. A quick check at their site shows a number of small off-road beasts, as well as a few super cool race cars. In Block’s new video, you can see some of those RC models in action around some of the professional rally driver’s real race cars.

If you doubt that’s fun, here’s what Block has to say about HPI Racing’s RCs: “RC cars have come a pretty long way... these WR8 fluxes handle like crazy. All-wheel drive, tons of power, and infinitely tunable suspension... so wild! So with all the shop space in the back of the HRD HQ, sometimes we set up a little course for them. Around real racecars, of course.” 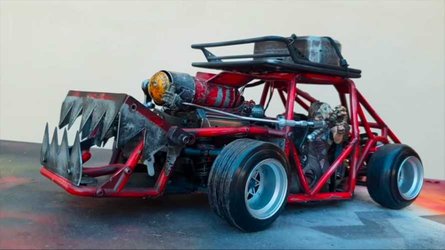 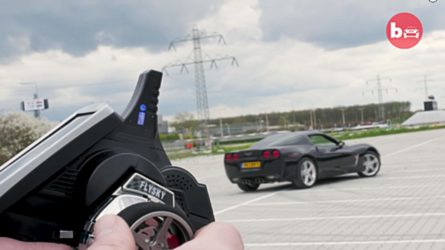 The short description from the 13-minute video pretty much says it all and – honestly – it sounds like Block is describing one of his real cars. That could mean only one thing – a lot of fun. Enjoy!