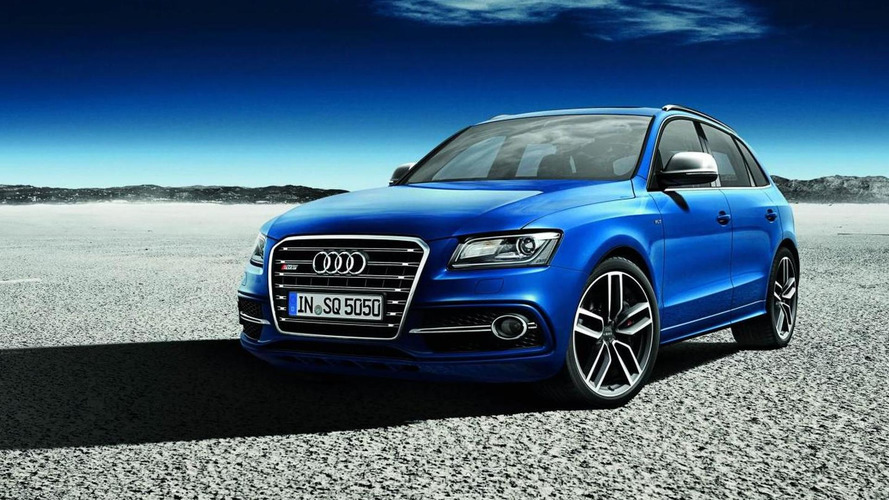 Audi plans on bringing to the Paris Motor Show a limited edition of the SQ5 TDI that will be manufactured in 50 units.

Back in June, the Ingolstadt-based automaker Audi revealed the first S model to get a diesel engine. We are talking about the SQ5 TDI that has a 3.0-liter twin-turbo V6 TDI engine which pumps out 313 HP (230 kW) and a peak torque of 479 lb-ft (650 Nm) of torque.

At the upcoming Paris Motor Show, Audi will bring the SQ5 TDI exclusive concept which will be a limited production vehicle from quattro GmbH that will share the same engine powertrain. Only 50 units will be made, with prices starting from 92,000 Euros in Germany, while the regular SQ5 TDI will go on sale in the first quarter of 2013 for 58,500 Euros.

This limited edition is distinguished by the Aral Blue crystal effect exterior paint finish, four exhaust tailpipes, along with xenon plus headlights and LED DRLs. Inside it has a black Fine Nappa leather-wrapped sports steering wheel and gear lever gaiter with contrasting stitching in snow white. The center sections of the seats are in woven leather (first time for a production model), while the inlays have a natural grain ash finish.

More details can be found in the attached press release below.